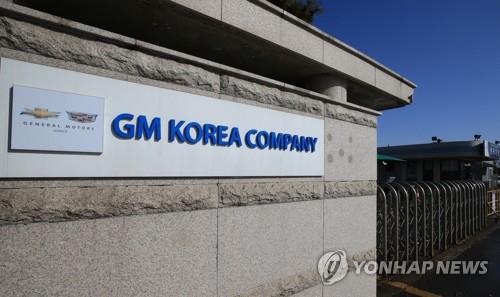 (SEOUL=Yonhap News) General Motors Co. will establish an Asia Pacific headquarters in South Korea and push for the manufacturing of key auto parts in its local design and technology center as part of its effort to show long-term commitment to growth in the country, Seoul's commerce ministry said Thursday.

The agreement came as the Seoul government and the American automaker are set to reach a final agreement on a rescue plan for its local unit that includes the condition the Detroit-based carmaker will remain in the country for at least 10 years.

"GM will newly establish an Asia Pacific headquarters in South Korea and push for making GM Korea the hub for manufacturing, sales and technology development," the ministry said in a release, without elaborating on the specific schedule or the size of the new office.

The Detroit-based automaker runs its international headquarters in Singapore, which oversees markets such as South Korea, India and Southeast Asia, but it reduced staff last year as part of global restructuring. If established, GM's Asia Pacific office will manage businesses in countries in the region except China, the ministry said.

Under the MOU, the ministry and GM Korea agreed to collaborate on research and development (R&D) for key technologies for next-generation vehicles, including autonomous driving and electric vehicles. The company, moreover, said more will be done to expand purchases of auto parts from local suppliers.

"The establishment of the regional head office shows GM's long-term commitment to its Korean business," Moon Seung-wook, a senior ministry official, said. "It is expected to help GM Korea have a say when GM headquarters assigns new car models."

GM Korea has served as a key export hub for the U.S. and other countries, but local production fell off after GM decided in 2013 to pull its Chevy brand from Europe.

Last year, GM Korea produced 520,000 vehicles at all its car assembly plants in Asia's fourth-largest economy. The company currently has a combined annual capacity of 910,000 units.

As a way to maintain its Korean business, GM has offered to produce two new models in South Korea to secure a production capacity of about 500,000 units per year.

While GM Korea has asked the Seoul government to designate its factories as foreign investment zones, the ministry said it will have to submit a revised application, as the new investment amount and funding method has changed in the negotiation process.

"Once GM submits a revised application for foreign investment zones, we will review it in accordance with local regulations," Moon said.

If the plants are designated as foreign investment areas, GM Korea will be exempt from corporate taxes on its profits for the first five years and then pay only 50 percent corporate tax for the following two years.