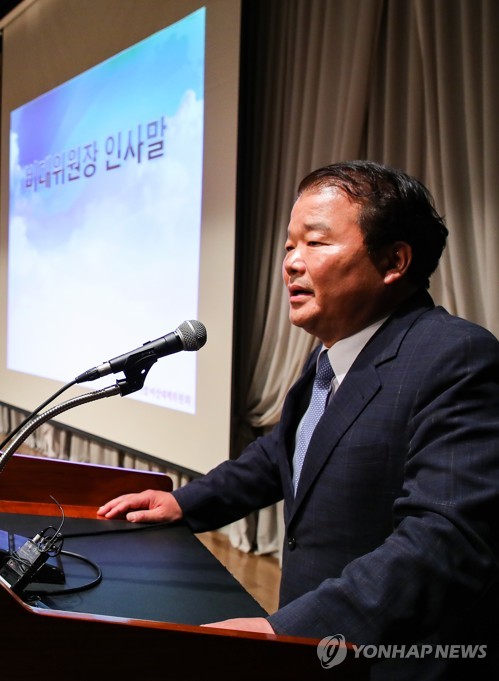 (SEOUL=Yonhap News) A group of South Korean businessmen on Friday renewed their call to visit the shuttered industrial complex in North Korea to inspect facilities they left behind.

The latest request came amid fresh tensions on the Korean Peninsula over North Korea's threat to freeze inter-Korean dialogue in protest against an ongoing joint air drill between South Korea and the United States.

The businessmen have unsuccessfully pushed for a trip to North Korea's western border city of Kaesong -- home to 123 South Korean factories -- in recent years.

Any trip by South Koreans to North Korea requires the South Korean government's approval as well as the North's consent.

Shin Han-yong -- head of a task force that speaks for the South Korean firms that operated factories in Kaesong -- said the resumption of the factory park is looming following last month's summit between the leaders of the two Koreas.

In April, South Korean President Moon Jae-in and North Korean leader Kim Jong-un held talks at the border village of Panmunjom and reached an agreement on a wide range of measures to ease tensions and pursue various economic cooperation projects.

The factory park -- opened in 2004 -- had been hailed as a key symbol of economic cooperation between the rival Koreas as it combined South Korean capital and technology with cheap labor from North Korea.

South Korea pulled the plug on its operations in February 2016 to punish the North for its fourth nuclear test and long-range rocket launch.