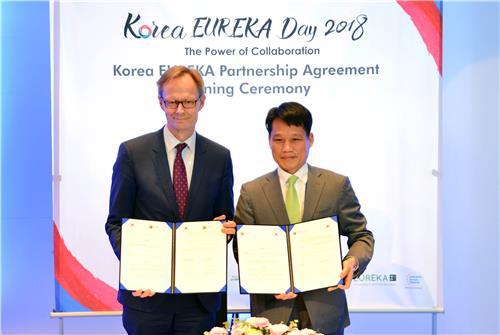 EUREKA, a publicly funded, intergovernmental network involving over 40 nations, approved South Korea's membership in October and officially signed off on it Tuesday, the Ministry of Trade, Industry and Energy said.

With the membership, South Korea will have voting rights in major decision making processes, the ministry said.

Established in 1985 under the initiative of Germany and France, EUREKA promotes and supports market-oriented international R&D projects. It facilitates access to finance for companies involved in its projects.

South Korea has given support of $88 billion won (US$81.6 million) for 111 projects over the past decade, according to the ministry.