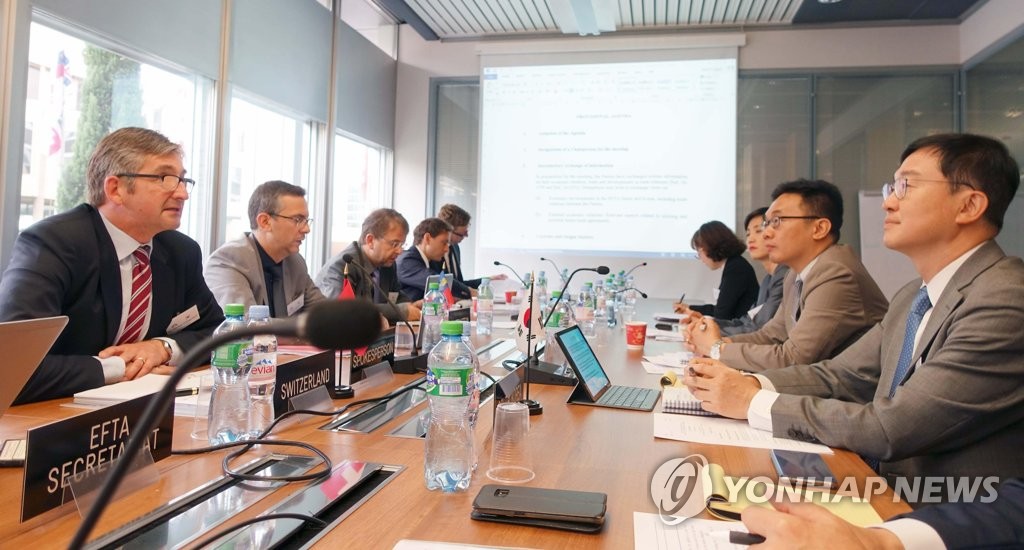 From June 5 to 6, the Ministry of Trade, Industry and Energy held the 6th Korea - EFTA FTA joint committee and 7th Customs sub-committee in Geneva to discuss the results of the Korea - EFTA FTA and possible solutions to the technical barriers to trade (TBT).

The FTA went into effect in March, 2006, and both parties acknowledge there has been a significant increase in trade and investments as well as vast improvements in the bilateral economic cooperation between Korea and the EFTA.

This far exceeds the increase in trade volume between Korea and the rest of the world, 93%, for the same period.

At the joint committee, Korea agreed to sign a good manufacturing practice (GMP) agreement for pharmaceuticals with Switzerland.

The Ministry expects the GMP will make it easier for Korean pharmaceutical companies to enter Swiss markets as the agreement will eliminate additional due diligence procedures for manufacturers.

Seoul will host the next joint committee in 2020.