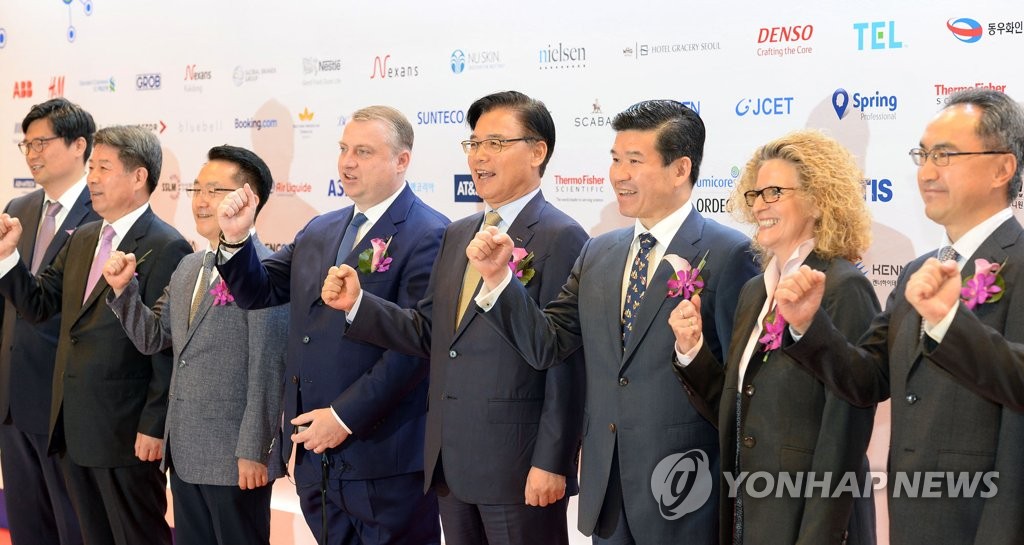 (SEOUL=Yonhap News) The Ministry of Trade, Industry and Energy will sponsor and the Korean Trade-Investment Promotion Agency (KOTRA) will oversee the largest job fair in Korea for foreign-invested companies from June 14 to 15.

The annual fair was first held in 2006, and this year, 139 foreign-invested companies will be in attendance, including 22 Fortune 500 companies in the likes of BASF Korea, Qualcomm Korea and 3M Korea.

By region, 61 European, 35 North American and 31 Japanese companies will participate.

According to a survey of the participating companies conducted by KOTRA, the foreign-invested firms have plans to hire 1,034 new employees in the second half of this year for positions in marketing, R&D, management, services and more.

The job fair is usually held in October, but it was moved to June this year in order to provide more employment opportunities to job-seekers.

The 1 on 1 interview hall where companies can conduct interviews with job applicants who made it through the initial document screening process doubled in size this year, and job-seekers can take part in on-site job consultations.

Over the 2 days, HR representatives from 21 companies will hold recruitment sessions, and there will also be several career seminars.

The ministry will host of a series of job fairs in different regions starting with Yeongnam, and plans to operate an employment program at the Foreign Investment Week coming up in November.