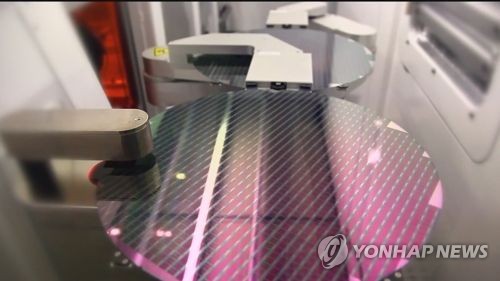 (SEOUL=Yonhap News) South Korea's exports in April were again led by the information, communication and technology (ICT) sector while other products lagged far behind and showed signs of contraction, data showed Monday.

Export figures provided by the trade and ICT ministries put ICT exports for the month at US$17.23 billion, up 10.9 percent from the same month last year. It was the 17th straight month of double-digit growth for ICT exports since December 2016.

The figures showed that semiconductors accounted for nearly half of the ICT shipments.

They indicated that exports in non-ICT sectors, however, have been slowing. April exports excluding ICT products came to $32.83 billion, down 7 percent from a year ago. In monthly terms, non-ICT exports totaled $28.89 billion in February and $32.44 billion in March, a fall of 0.8 percent and 0.2 percent from the previous year, respectively.

The increase in overall exports has consequently been blunted after registering 22.3 percent in January. It fell to 3.3 percent in February, rose slightly to 6 percent in March before falling to minus 1.5 percent in April.

Aggregately, ICT exports for January-April period this year gained 17.2 percent, while those of non-ICT products rose 1.9 percent, according to the data.