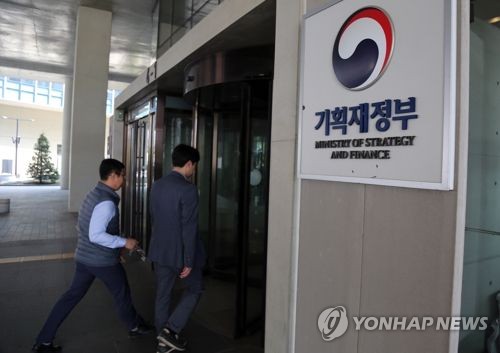 (SEJONG=Yonhap News) The government said Monday that it will continue its efforts to realign budget spending in a way to tackle the country's chronic low birth rate, boost job creation and facilitate innovative growth.

Kim said government agencies are urged to actively respond to changes in policy implementation and to do more for deregulation.

It will also streamline all subsidy programs and remove redundant plans in order to increase efficiency in state budget spending.

The ministry said it would raise the growth of its budget spending to better cope with a series of chronic problems, such as the low birthrate and low economic participation by women.

Youth unemployment has been worsening due to structural changes in the industrial, educational and labor sectors, and because of lower demand for new workers.

A growing number of South Koreans have fewer babies, due mainly to financial constraints amid a prolonged economic slowdown.