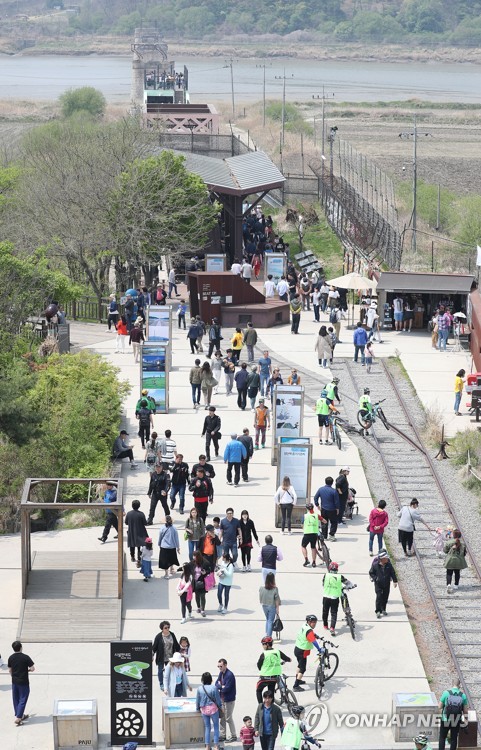 (SEOUL=Yonhap News) The number of inbound travelers from countries other than China is expected to surpass the 10 million mark for the first time this year, the government said Tuesday, as it struggles to diversify the country's tourist portfolio after being hit hard by a diplomatic row between Seoul and Beijing.

Among 5.94 million foreigners who visited South Korea this year as of May, 4.16 million were from countries other than China, according to the Ministry of Culture, Sports and Tourism.

"We have had a number of difficulties, including the THAAD issue, but the overall index has been moving in a positive, healthy direction," Keum Gi-hyung, Director General for Tourism Policy, said during a luncheon meeting with reporters in Seoul.

"More diversity means more stability. As the proportion of inbound tourists from other countries grows, we will become less susceptible to external factors," he said.

The plunge was widely expected as Beijing in March last year imposed a ban on sales of Korea-bound group tours in apparent retaliation against Seoul's deployment of a U.S. anti-missile system. Major Chinese cities lifted their suspension earlier this year, though changes are yet to be felt in affected industries.