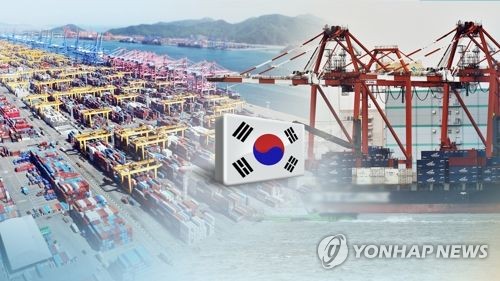 (SEJONG=Yonhap News) South Korea's exports rose 9.3 percent on-year during the first 20 days of July, due to a rise in outbound shipments of chips and petrochemical goods, customs data showed Monday.

The country's outbound shipments reached US$32.8 billion in the July 1-20 period, according to the Korea Customs Service (KCS).

The customs office said that the daily average exports, which reflect working days, grew 5.9 percent on-year to $2.05 billion compared with a year earlier.

However, exports of ships and autos plunged 75.8 percent and 1.7 percent, respectively, the latest findings showed.

In the first 20 days of the month, the country's imports moved up 21.6 percent on-year to reach $31.9 billion, resulting in a trade surplus of $886 million, the KCS said.