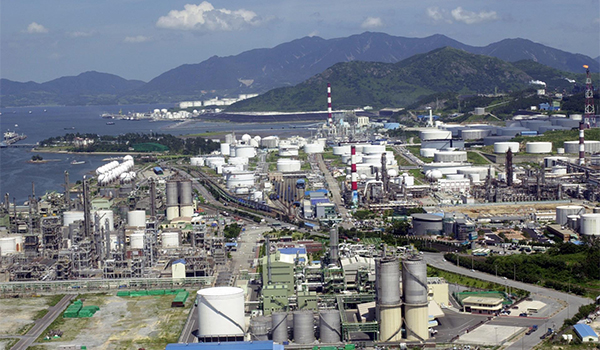 The company said on Monday it signed a contract on the Korea-Japan joint venture projects to set up a silica plant and a slow-release fertilizer plant in partnership with two Japanese companies whose names are due to be released after board approval.

Under the contract, Namhae and Japanese company ‘A’ headquartered in Tokyo will jointly invest 30 billion won to build a high-quality silica plant. Silica is essential in making chemical products such as tire, toothpaste, food and synthetic rubber. Another Japanese company ‘B’ is a specialty fertilizer firm also headquartered in Tokyo. The Japanese company and Namhae together will contribute 20 billion won to building a slow-release fertilizer plant. The fertilizers will be shipped to Korea and other regions including Southeast Asia, Japan and Australia, Namhae Chemical said.

Namhae Chemical founded in 1974 dominates approximately 50 percent of Korea’s fertilizer market. Its annual exports of fertilizer products amount to about 600,000 tons worth $100 million.

By Park Jin-joo and Minu Kim