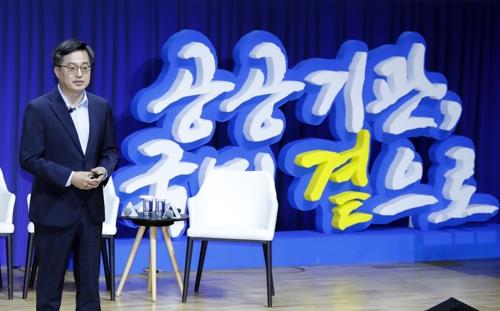 In a meeting with chief executives of some 240 public organizations, including state-run firms and government commissions, in Wonju, 100 kilometers southeast of Seoul, Finance Minister Kim Dong-yeon stressed the need for such entities to support the Moon Jae-in government's key economic policies.

The meeting was also attended by President Moon and other senior government officials.

Early this month, the finance ministry said the country's state firms would spend some 30 trillion won (US$27 billion) in key leading sectors, such as autonomous driving, by 2022, thus creating an environment for private companies to seek innovative growth.

Innovative growth is one of the key economic goals sought after by the Moon administration, along with a strategy of income-led growth.

The government will also take drastic measures to ease regulations that have been blocking new industries and technologies from moving forward, the minister said.