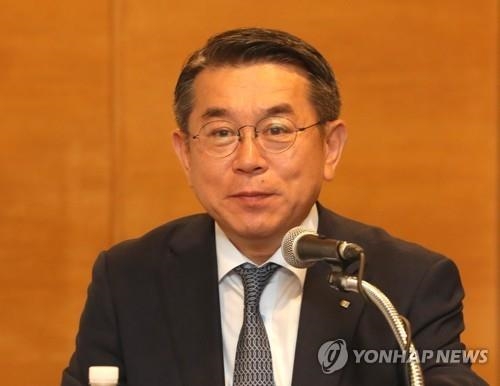 (SEOUL=Yonhap News) The Korea Chamber of Commerce and Industry (KCCI) co-hosted the S.Korea-ASEAN Business Forum with the Singapore Business Federation (SBF) at the Grand Hyatt Singapore on August 29.

The forum was held one day ahead of the Korea-ASEAN Economic Ministers Meeting scheduled on August 30, and was attended by about 150 people including Kim Jun-dong, the Executive Vice President of KCCI, Ahn Young-jip, the Korean Ambassador to Singapore, Douglas Foo, the Vice Chairman of the SBF and Bong Se-jong, the Head of KCCI Singapore Office.

In an opening remarks, Mr. Kim said, "Korea's New Southern Policy recognizes the ASEAN countries as important economic partners," adding, "As next year marks 30th anniversary of the bilateral ties between South Korea and the ASEAN, I hope economic cooperation will be strengthened further."

Mr. Kim also stressed that as the secretariat of the KOREA-ASEAN Business Council, KCCI will seek more partnerships between Korean and ASEAN companies in the promising industries and also promote exchanges among entrepreneurs.

In Ambassador Ahn's congratulatory speech, he said, "Under the New Southern Policy, we expect to achieve the USD 200 billion trade between Korea and the ASEAN countries by 2020, and to triple the financial assistance to the region."

The Forum also included presentations on the outlook of the ASEAN market and expansion strategy.

While pointing out population growth, urbanization, mobility, and health and well-being as the four megatrends in the ASEAN region, Manoj Menon, Managing Director of Frost & Sullivan, APAC said, "More companies adopt the  "ASEAN First" strategy by leveraging the unlimited potential of the region, such as increased number of young population and the middle class."