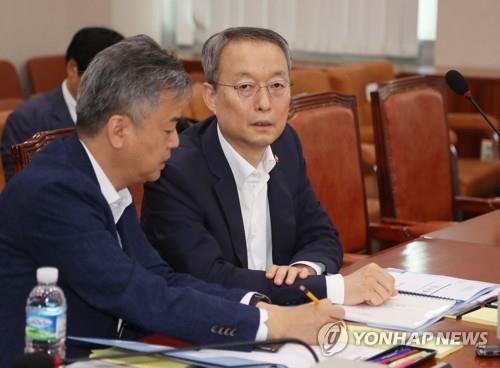 (SEOUL=Yonhap News) South Korea will draw out a long-term energy plan by the end of this year, which will spur a shift toward renewable power sources away from fossil fuels and nuclear power, the industry ministry said Friday.

The Ministry of Trade, Industry and Energy held a meeting with a working group composed of experts, civic activists and senior officials to discuss the nation's third basic energy plan for the years 2019-2040.

The government draws up the long-term energy policy every five years based on recommendations from the working group.

The basic energy plan will be an expansion of the energy transformation road map announced last year, which aims to increase the portion of renewable energy from the current 7 percent to 20 percent by 2030 and phase out aged nuclear reactors.

President Moon Jae-in has vowed to move away from nuclear power to keep pace with the changing energy environment and growing safety concerns following the 2011 Fukushima nuclear disaster in Japan, and a series of strong earthquakes that hit the nation's southeastern region over the past two years.

Currently, South Korea operates 24 nuclear reactors that generate about 30 percent of its electricity. Under the nuclear phase-out plan, the nation's 10 oldest reactors will be retired by 2030 as their operational lifecycles expire one by one.