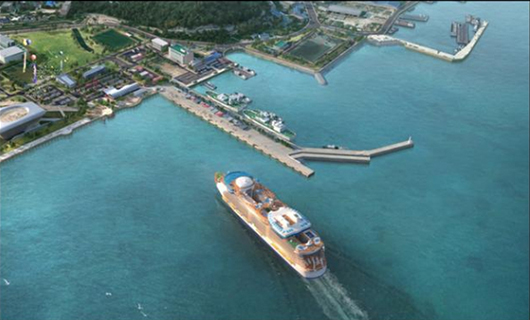 The Ministry of Oceans and Fisheries said the new cruise quay upgraded from an old one located on Young-do, Busan, is 440 meters in length and 45 meters in width, the second largest docking station after Incheon Port in Korea.

The ministry said the port will receive its first super-sized visitor in April next year. A port of call of a cruiser of such scale usually brings economic benefit of around 2 billion won in the local economy from tourism, shopping and harbor facility operations, the ministry said.

The ministry will sponsor a public hearing of customs officials, industry representatives and experts to formulate a policy proposal by the end of this year on long-term utilization of the cruise wharf.

By Park Dong-min and Minu Kim