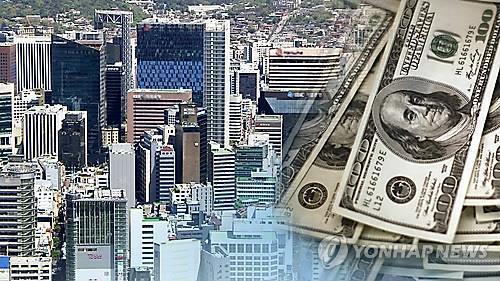 South Korea received US$19.20 billion worth of FDI commitments from January to September, which represents a 41.4 percent spike from a year earlier, according to the Ministry of Trade, Industry and Energy.

The actual investment made by foreign companies over the period reached $11.70 billion, jumping 31.9 percent from the previous year, the ministry said.

Investment pledges from the European Union jumped 63.1 percent to $5.13 billion in the first nine months of the year, mostly in the form of stake investments and merger and acquisitions.

New FDI pledged from China rose a whopping 292 percent to $2.39 billion, the largest-ever amount, led by brisk investment in the service industry.

By sector, the manufacturing industry drew in $8.38 billion worth of investment pledges as offshore investors sought joint venture partners in the electronics, machinery equipment and bio sectors.