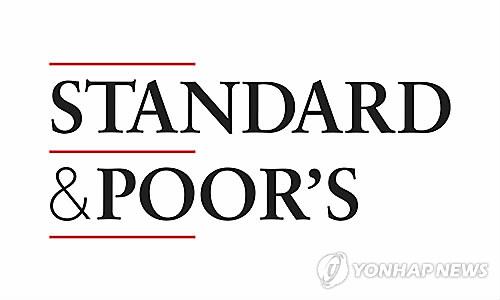 (SEJONG=Yonhap News) Standard & Poor's said Wednesday that it has maintained its rating on South Korea at the third-highest level of "AA," citing the country's reduced geopolitical risks and sound economic fundamentals.

"We do not envisage the U.S.-China trade friction to have a significant impact on Korea's growth prospects ... and we expect Korea to maintain fiscal surpluses in the near term, albeit at lower levels as President Moon's administration focuses on enhancing social benefits and creating jobs through expansionary fiscal policies," it said.

S&P also said tensions on the Korean Peninsula have receded this year with the constructive engagement of North Korea vis-a-vis the United States and South Korea.

After heightened tensions throughout 2017, the historic U.S.-North Korea summit in Singapore in June 2018 has led to a breakthrough in the North's engagement, and the leaders of the two Koreas held a summit and signed the Panmunjom Declaration in April 2018, seeking to formally end the Korean War and complete denuclearization on the peninsula, the S&P said.

"That said, our institutional assessment on Korea continues to be constrained by the potential external security threats from North Korea. This could change if North Korea unexpectedly pursues significant economic liberalization. In this unlikely scenario, the North's interests in maintaining stability could outweigh negotiating power gained by raising tensions on the Korean peninsula," it noted.

S&P said the stable outlook on Korea reflects its expectation that geopolitical risks on the Korean peninsula will not escalate over the next two years beyond what it has seen since the leadership change in the North in 2011.

"We may raise the sovereign ratings if the Korean economy grows significantly faster than our current expectation, resulting in further improvements to its economic prosperity and resilience," it said.

But S&P said it would lower the ratings if geopolitical tensions related to North Korea escalate to a point that affects Korea's economic, fiscal or external performance.

Moody's upgraded its rating for South Korea to "Aa2" in 2015, the third-highest level on the company's table, while Fitch has maintained its fourth-highest rating, "AA-," for Asia's fourth-largest economy since 2012.