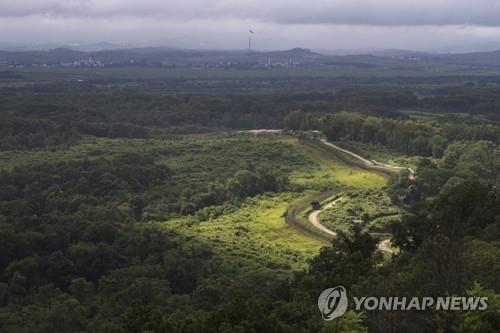 (SEOUL=Yonhap News) A tour agency specializing in travel to Korea's heavily armed demilitarized zone (DMZ) said Monday it will sell a new package to the area that highlights the ecosystem and peace instead of security-centered sightseeing.

DMZ Tour Korea will offer a "Cheorwon DMZ peace and eco winter travel" package from Oct. 27 to the end of March next year that features a visit to Cheorwon, a county that is situated right next to the inter-Korean border and operates a DMZ eco peace park in coordination with the environment and defense ministries.

The program will include visits to the Yongyang reservoir at the park, located along the barbwire fence separating South and North Korea, as well as birdwatching for cormorants, a tour of a DMZ migrant birds town and a soldiers' meal at a military base.

Tourists will also see the "ice cream hill," a heavily bombarded strategic zone of the 1950-53 Korean War named so because it looks like melting ice cream.

"There aren't that many private tour agencies that offer DMZ sightseeing, and most of the programs are about visiting secret underground tunnels dug by North Korea and observatories," Chang Seung-jae, the head of DMZ Tour Korea, said. "This is because the programs focus on security, the biggest interest of visitors, rather than peace and the ecosystem."

Through three summits between the current leaders of South and North Korea since April, the two sides agreed on a host of cooperation and peace-building measures that includes turning the DMZ into a peace zone.

Access to the area, however, is heavy restricted for security reasons and opened primarily to group tours on reservation basis.

"The private sector is to blame for not making efforts to change DMZ security tours to peace tours," Chang said. "The government also needs to pursue peace, eco and culture aspects of tourism so that the DMZ does not stay just an area focused on security."