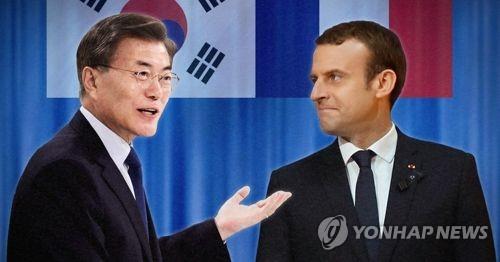 The Institute for International Trade (IIT) noted the growing interest in health care in France due to the country's aging society, while the country's consumers have high levels of income, creating opportunities for South Korea's premium consumer products.

Recognition for South Korean brands is still low, the report said, and better market approaches will be through joint investments with local companies, corporate mergers and acquisitions and technology exports.

Cooperation in startups could also be productive, given efforts in France to promote young companies, the report said. France has initiated a number of focused policies, including the La French Tech Ticket program in which promising foreign startups are given seed funds of 45,000 euros (US$51,945), office space and necessary visas.

Stratio Inc., a firm specializing in infrared sending solutions, became the first South Korean startup to be selected for the program last year.

"There will be more collaborative synergy between research institutes and corporations based on science-technology cooperation," it said.