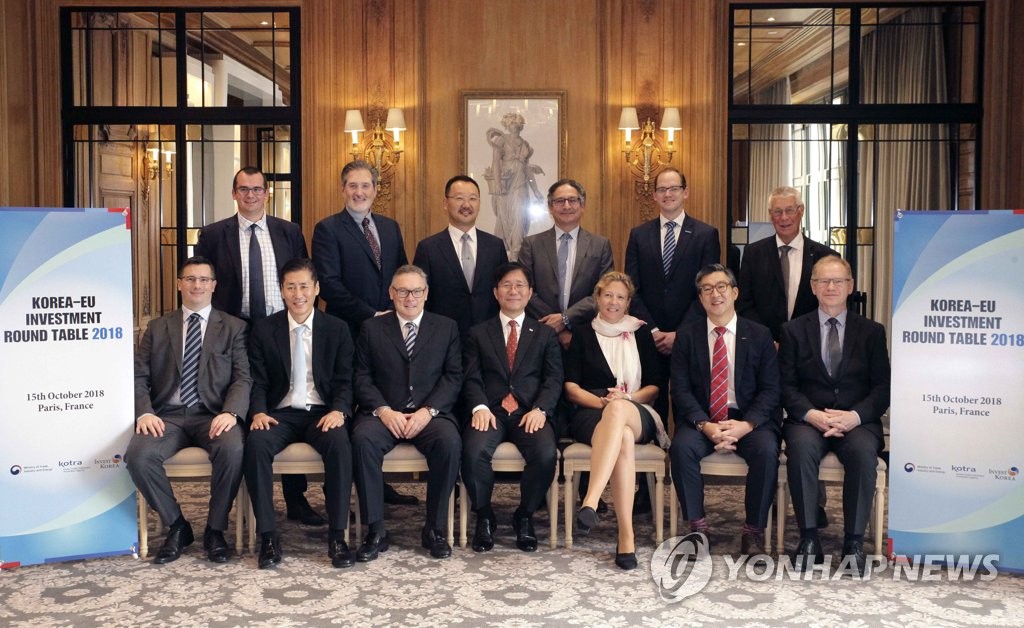 (SEOUL=Yonhap News) The Ministry of Trade, Industry and Energy (MOTIE) achieved the goal of attracting USD 20 billion of foreign direct investment this year.

MOTIE announced on October 15 that it organized an investment round table for key investors in the EU region in Paris.

The event was held during President Moon's state visit to France with the aim to diversify investment cooperation with EU and maintain the uptrend of foreign investment from EU.

According to MOTIE, four companies reported a total of USD 600 million of investment, reaching the goal of USD 20 billion for this year within the shortest period of time. Last year's goal was achieved on November 29.

The total amount of foreign investment reported to Korea as of that day was USD 20.27 billion.

Sung Yun-mo, Minister of MOTIE, highlighted the mitigated geopolitical risk in the Korean Peninsula, potential of Korean market as a test bed according to the introduction of regulatory sandbox, and various policies to support foreign investors as the main factors to invest in Korea.

The participating companies insisted that mutual investment in more innovative fields should be expanded in order to effectively react to the era of the fourth industrial revolution, and asked for active support from the Korean government.

The Ministry plans to provide support to the companies, such as handling difficulties during the investment process immediately by assigning one dedicated person per company that participated in the event.