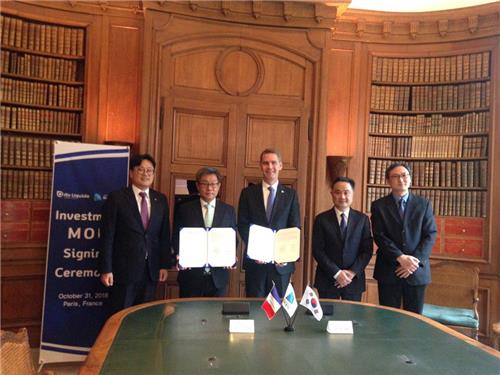 The Province added that Park Shin-hwan, Director General of Economy and Labor signed the investment agreement in Paris, France on October 31 with Paul Cardwell Burlingame, President & CEO of Air Liquide.

After it built its first plant in Jangan Foreign Investment Zone in 2014, it has been conducting research for new products and currently succeeded in development of new product with improved performance and eco-friendly features. It will promote commercialization of the product through the additional investment.

The Province expects that the additional investment from Air Liquide will make the Hwaseong Plant serve as a base for new material for semiconductors in Asia, and create 20 new jobs.