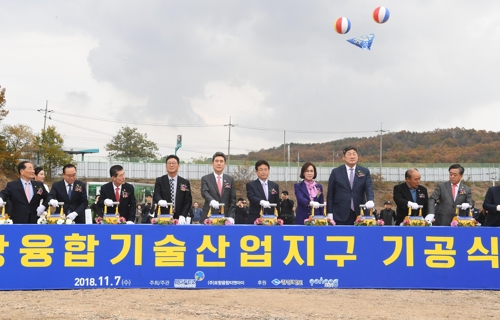 The project provider Pohang Fusion T&I and the constructor Hyundai Engineering will spend KRW 372 billion by 2022 to build infrastructure including roads and waste water treatment facilities on a land of 1.46 million ㎡ around Iin-ri and Daeryeon-ri.

However, the project was stopped due to LH's financial difficulty, and designation of the provider was cancelled.

In Pohang Fusion Tech District, Headquarter for East Sea Rim Region of Gyeongbuk and support center for green vaccine producers will be built.

Gyeongbuk-do plans to create a cluster for new material based on accelerator and a region supporting R&D focusing on energy, carbon, titanium and semiconductor materials.

"We will try to make another miracle of Yeongil Bay by attracting number of domestic and overseas companies and creating decent jobs," said Lee In-seon, Head of DGFEZ Authority.