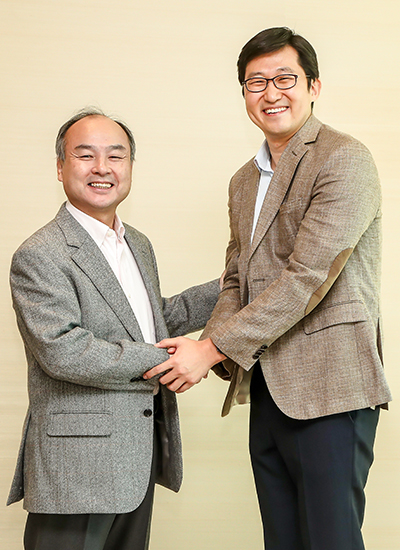 South Korean e-commerce leader Coupang on Wednesday drew fresh funding of $2 billion from its major shareholder SoftBank Group of Japan in a show of timely confidence and ammunition buildup in the company against mounting challenges from traditional retail majors.

The unlisted company will issue new shares worth $2 billion to the SoftBank Vision Fund, a special fund launched by SoftBank to aid companies developing innovative and disruptive technologies and platforms. This would be SoftBank`s second investment in Coupang after the $1 billion in 2015. Both declined to disclose the size of the stake and other details of the investment terms.

SoftBank has backed a number of e-commerce startups that turned out to be blockbuster bets - Alibaba of China, Snapdeal of India, and Supercell of Finland.

“The vision and leadership of Coupang’s founder and chief executive Bom Kim has made the company an e-commerce giant in Korea and one of the most innovative tech companies in the world,” said Masayoshi Son, founder of SoftBank. “We’re proud to join hands with Coupang so that it can continue to deliver amazing services to customers.”

The latest investment would go into scaling up Coupang’s logistics center and financing new technologies such as the development of its own payment platform, according to the Korean online retailer.

Founded in 2010, Coupang is now Korea’s largest e-commerce firm. Its revenue has nearly doubled in two years in line with fast migration to online shopping. This year`s revenue is estimated to reach 5 trillion won ($4.42 billion).

Coupang offers more than 120 million items on its website, out of which 4 million can be received on “Rocket Delivery,” its signature service that promises delivery within 24 hours. The number of transactions in the first nine months of this year topped 1 million.

Last month, the retailer attracted attention with its new paid membership service “Rocket Wow,” drawing 150,000 subscriptions in its first week of launch. At a monthly fee of 2,900 won, orders made before midnight are delivered the next day by 7 a.m. The service is currently being tested in the Seoul metropolitan area.

It has also launched a fresh food delivery service “Rocket Fresh.” Its latest “Coupang Flex” policy allows its delivery staff to choose their own working date and time.

To accommodate the new services, Coupang has added more delivery workers to its payroll. The company now employs 24,000 workers, up from 5,500 in 2015.

The expansion, however, has taken a toll on its balance sheet, stretching its deficit to 1.9 trillion won. The new capital will finance new ventures and improve its financial health, the company said.

The competition for economies of scale has heated up in e-commerce, with traditional retailers like Shinsegae and Lotte all pledging big investments to bolster their online business.

By Lee Han-na and Kim Hyo-jin