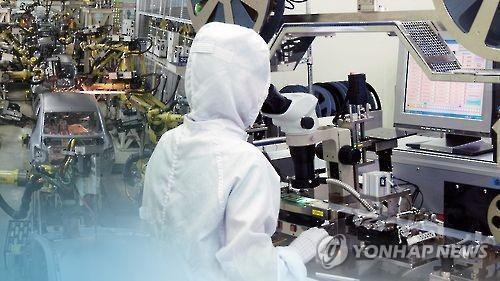 Production in the service sector gained 0.3 percent on-month in October, with a 5.4 percent on-year rise.

The statistical office said gains in steel-processing and logistics outputs were the major factor for growth in October's industrial output.

The average factory operation rate stood at 74 percent, up 0.2 percentage point from a month earlier.