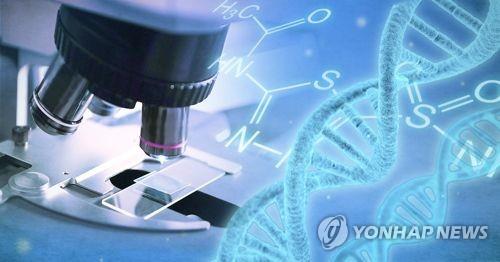 (SEOUL=Yonhap News) Last year, the total output of the South Korean biotech industry exceeded KRW 10 trillion for the first time ever with a 6.5% increase in employment, showing the industry's continuous growth momentum.

Ministry of Trade, Industry and Energy(MOTIE) announced on 6th that the industry's output experienced a 9.3% on-year increase to KRW 10.1264 trillion, according to statistics from the '2017 Investigation of Domestic Biotech Industry' report.

The output of the biotech industry represented high numbers of growth for the past five years with an annual average of 7.8%.

The data showed an incremental growth in bio-medicine and expanded exports in bio-service. Also, more companies made investment in R&D.

The output in bio-medicine amounted to KRW 3.8501 trillion, which accounted for 38% of gross output in the biotech industry, making the sector the biggest portion of the industry for 3 consecutive years.

The output in bio-service also increased by 39.3% to KRW 813.6 billion, led by the export of consignment production and agency services and bio-analysis and bio-diagnosis services.

The output in biochemical and bio-energy such as bio-cosmetics and bio-fuel also expanded 9.2% to KRW 1.4564 trillion.

Exports showed positive numbers too. The amount of exports last year totaled KRW 5.1497 trillion, with a on-year gain of 11.2%.

The scale of employment in the biotech industry increased at an annual average rate of 4.8% for the past five years, influenced by the industry's rapid growth. In particular, employment in bio-service sector for the last five-year period increased by an annual average rate of 26.2%. It revealed the correlation between the rapid growth in employment and the growth of domestic consignment production and agency services.

25.3% of the entire workers in the biotech industry had a Master's or a PhD degree, showing a relatively high percentage of workers' with high-level education compared to the overall industry average(8.6%). In particular, workers with a PhD degree totaled 2,559, up 5.8% from last year. 52.9% of the them, which is 1,353 people, worked in bio-medicine.

An official from MOTIE explained, "It is because biotech industry requires professional knowledge, and a long-term aspect."

By investment, investment in R&D increased by 6.1%, and facilities by 12.8%. Investment in facilities experienced an average annual increase of 34.2% for the past five years, due to factors such as construction of large business corporations' production factories.