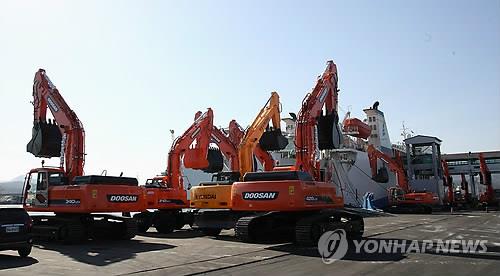 Ministry of Trade, Industry and Energy said yesterday that the annual export of general machinery including excavators, boilers and machinery tools totaled to such amount, according to its analysis conducted on 7th based on the data from Korea Customs Service.

The amount is a remarkable success of the general machinery industry since its surpassing of USD 40 billion in 2011.

The increase was due to the strong demand from the manufacturing and construction industries of Korea's main export markets, namely, China and the U.S., as well as the rising exports to newly emerging markets, namely, India.