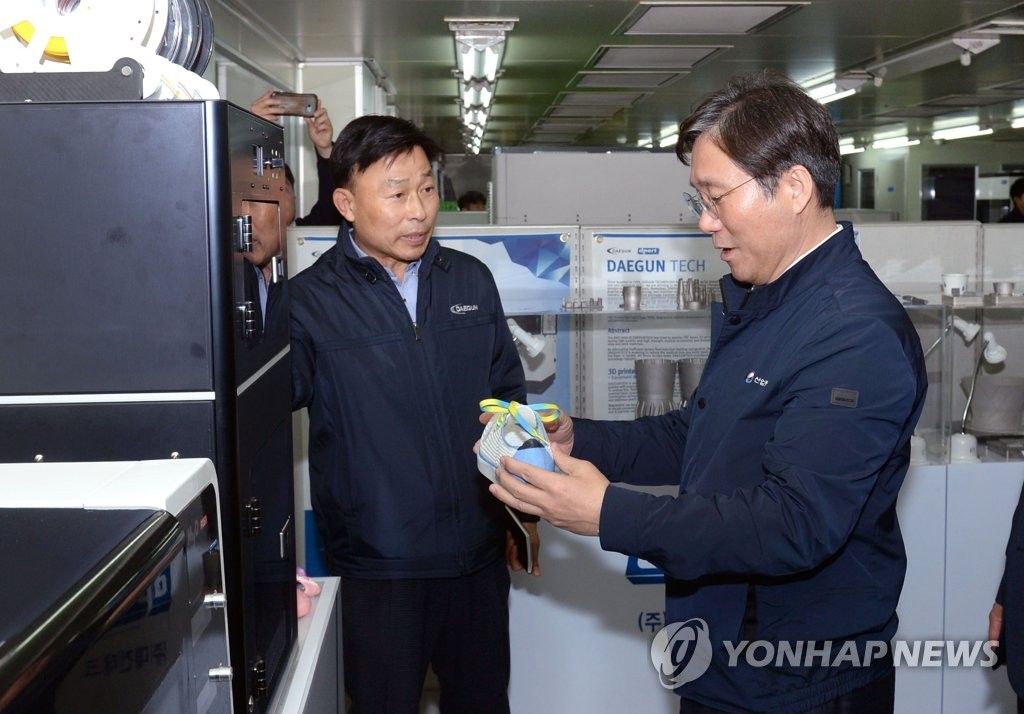 (SEOUL=Yonhap News) The South Korean government said Thursday it will greatly expand the number of smart factories and industrial complexes that adopt advanced technologies by 2022 to upgrade the nation's manufacturing industry.

The Ministry of Trade, Industry and Energy and the Ministry of SMEs and Startups jointly announced support measures for the local manufacturing industry, which has lost growth momentum amid toughening global competition with emerging rivals.

The government said it will create 30,000 smart factories and 10 smart industrial zones by 2022 to create synergy between companies, provincial governments and academia.

A smart factory is a highly digitized and connected production facility aimed at improving productivity and safety at workplaces. The so-called "factory of the future" is one of the key concepts of the fourth industrial revolution and still remains in the early stage.

The support plan proposes 2 trillion won (US$1.7 billion) of financing for establishing the advanced manufacturing infrastructure and creating a 300 billion-won fund for companies pushing to build smart factories.

The initiative also calls for the participation of provincial governments to provide customized solutions for small and medium-sized companies and offers incentives for large enterprises that collaborate with smaller firms in building high-tech factories.

"It is time to adopt the smart strategy to create added value by improving the productivity and the connectivity of each factory," Industry Minister Sung Yun-mo said in a ceremony held at the office of South Gyeongsang Province, the manufacturing hub for the nation's auto and shipbuilding industry. "We will explore ways to maximize the synergy effect by creating smart industrial complexes."