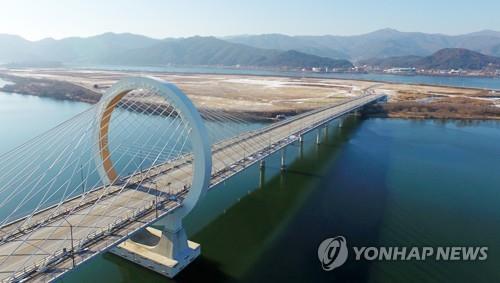 (CHUNCHEON=Yonhap News) On December 17, Gangwon Province said it has signed an agreement with Merlin Entertainments and LL Development Co., which allows Merlin to make direct investment and supervise the construction of Legoland Korea.

Merlin will go through a handover procedure with LL Development in regard to the design and construction works of Legoland Korea. Once it is finished, Merlin will begin the contruction in March next year, aiming to open the park in July 2021.

The overall size of Legoland Korea is 1.06 million square meters, and is being built on Hajung Island of Chuncheon with a theme park, a resort, stores and shopping facilities.

The construction project started in 2011, but was delayed due to the discovery of historic relics, lack of funds and change of the construction company in-charge.

Prior to signing this agreement, the Province, Merlin and LL Development had signed an agreement in May, which stated Merlin to make direct investment into the Legoland Korea project and take full responsibility of completing the theme park.

Under the new agreement, Merlin will invest KRW 220 billion in the project and take control of the overall project. LL Development will invest KRW 80 billion, which makes up a total of KRW 300 billion investment from both companies.

In exchange for the 80 billion won investment, the Province and LL Development will receive rental revenue when the park is in operation, which could be returned if the project gets delayed.