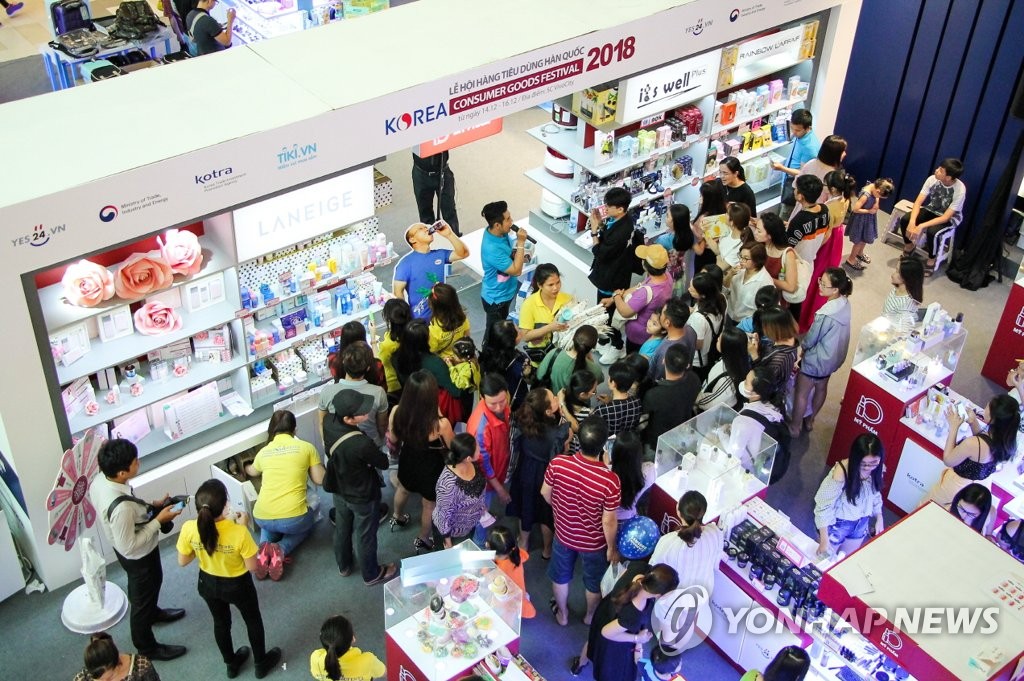 (SEOUL=Yonhap News) South Korea's trade with Vietnam increased 7 percent in the first 11 months of this year compared with a year ago, Seoul's trade ministry said Wednesday.

South Korea's exports to Vietnam rose 1.9 percent on-year to $44.5 billion over the period, while its imports soared 22 percent to $18.1 billion on strong demand for displays and electronics parts produced in Korean factories in Vietnam, the ministry said.

Vietnam was South Korea's eight-largest trading partner in 2014, but has become the fourth-largest partner since the bilateral trade pact went into effect in 2015 December.

South Korea is Vietnam's No. 1 investor, with its direct investment in the first nine months of this year coming at $2.81 billion, a 24.5-percent rise from a year earlier, it noted.

A growing number of Korean companies, including Samsung Electronics Co., have built factories in Vietnam to manufacture advanced technology items, including semiconductors, displays and cell phones.