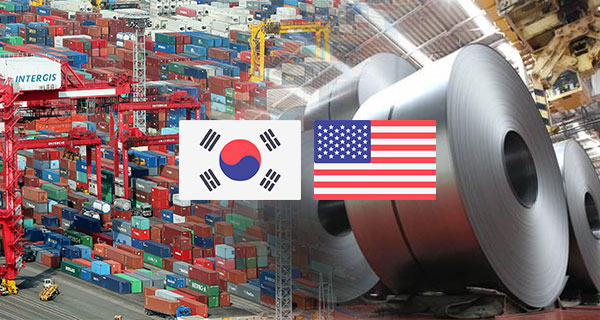 South Korea’s revised free trade agreement with the United States (U.S.) has gone into effect as of January 1, 2019, a year after the two countries began talks on amendments at the request of Washington.

According to Korea’s Ministry of Trade, Industry and Energy on Monday, Seoul and Washington on Tuesday will exchange written documents confirming that they have both fulfilled domestic legal and procedural requirements needed for implementation of the revised free trade pact. The exchange of the signed documents will bring the amended trade agreement between the two countries into force immediately, according to the ministry.

The official exchange comes a year after Korea and the U.S. kicked off negotiations to revise the original free trade deal that took effect in 2012 upon the request of the U.S. administration complaining about the country’s growing trade deficit with Korea.

The Seoul government launched domestic procedure on March 24 after the two countries reached an agreement on revisions “in principle.” The amended agreement was ratified by Korea’s National Assembly on Dec. 7 after Korean President Moon Jae-in and his counterpart Donald Trump formally signed a statement of intent on Sept. 24 to bring the changes into effect.

Seoul’s trade ministry said that the swift revision and implementation of the Korea-U.S. FTA has allowed it to reduce uncertainty and enhance stability of bilateral trade and investment relations.

Under the agreement, the two countries have made edits to the investor-state dispute settlement clause and have improved the trade remedy chapter that had weighed on Korean export companies.

The improved investor-state dispute settlement procedure will limit a multinational company to raise complaint through the Korea-U.S. FTA over an issue that is already dealt through trade agreements with countries or parties such as the Korea-European Union deal.

The revised deal is also expected to enhance the government’s lawful policy authority as it is led to consider reasonable public welfare purpose when judging violations in national and most-favored-nation treatments. Amendments in the trade remedy chapter aim to add transparency in the procedure by having the U.S. report calculations of dumping margins when investigating Korean companies and defining due diligence procedure.

The revised pact also allows the U.S. to double the number of vehicle exports to Korea with its own safety standards. Under the revised accord, a U.S. automaker will be able to ship up to 50,000 vehicles per year to Korea should it comply with U.S. industry regulations, up from current 25,000 units. But it limits Korea’s auto exports to the U.S by extending a tariff on imports of Korean pickup trucks to the U.S. to 2040 from initial 2021.

Korea was the 6th largest goods trading partner of the U.S. with $119.8 billion in total goods trade during 2017, according to the Office of the United States Trade Representative. The U.S. goods trade deficit with Korea was $23.1 billion in 2017.