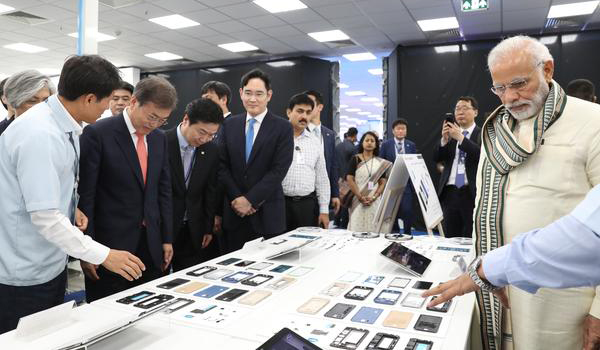 According to the Ministry of Trade, Industry and Energy and Korea International Trade Association on Wednesday, the amount of trade between Korea and India is estimated to have reached $21.5 billion in 2018, breaking the previous record of $20.55 billion in 2011.

Korea’s exports to India recorded an all-time high of $15.62 billion last year, up 3.7 percent from a year ago, while imports jumped 19 percent to $5.89 billion. Overall trade grew 7.5 percent on-year.

Shipments to China, however, jumped at a significantly slower pace last year compared to a 29.8 percent on-year rise in 2017.

By item, Korea’s shipment of steel plates increased 23.6 percent in the January-November period last year from a year ago, and synthetic resins 30.9 percent, semiconductors 100.7 percent, and flat panel display 36.6 percent.

Korea hopes to more than double its trade volume with India to $50 billion by 2030 under the New Southern Policy. Korean Foreign Minister Kang Kyung-wha said during her visit to India last month that she hopes bilateral trade and investment continues to expand considering the potential and overall complementary economic structure.