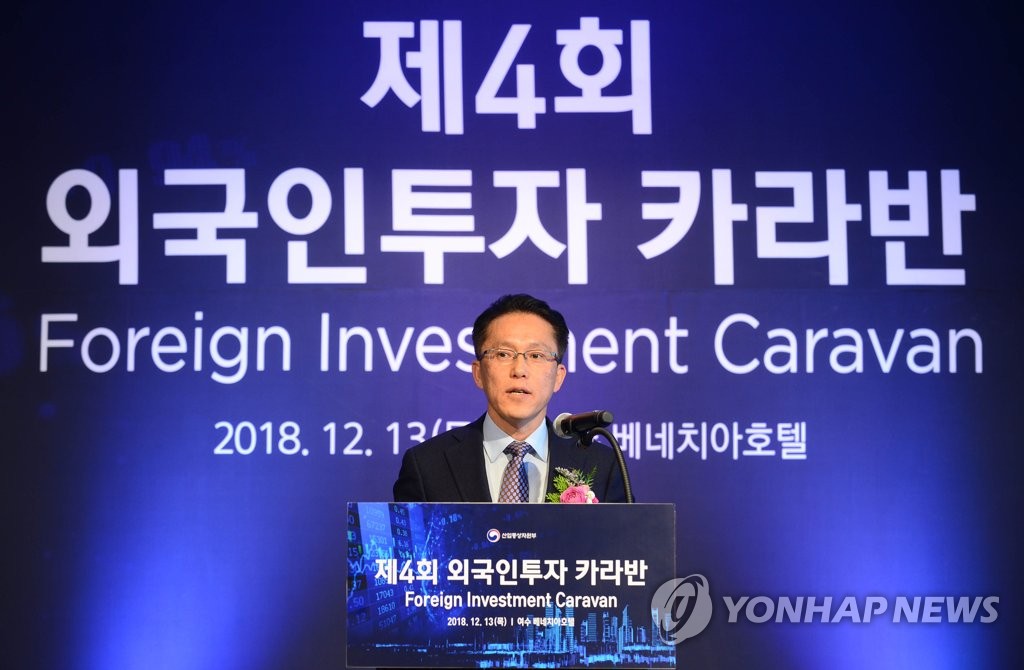 South Korea received US$26.9 billion worth of FDI commitments in 2018, up 17.2 percent from a year earlier, according to the Ministry of Trade, Industry and Energy. It was the fourth consecutive year to surpass the $20 billion mark.

Investment pledges from the European Union soared 26.9 percent to a record high of $8.92 billion, 33.2 percent of the total, as investors showed more interest in the Korean finance and service sectors.

American companies sought partnerships and acquisitions in high-tech industries and tech startups, pledging $5.88 billion over the period, a 24.8 percent surge.

New FDI commitments from China rose a whopping 238.9 percent to $2.74 billion, led by brisk investment in the real estate and service industry.

In contrast, investment pledges from Japan declined 29.4 percent to $1.3 billion as Japanese companies increasingly shifted their focus to China and Southeast Asian nations.

By sector, the service industry attracted $15.58 billion of investment commitments, and the manufacturing industry drew in $10.05 billion this year.

Greenfield investments, in which a parent company begins a new venture or establishes new facilities, accounted for 77.4 percent of the new investment in the manufacturing sector, while the rest of the investment was in the form of mergers and acquisitions.

The ministry said eased geopolitical risks on the Korean Peninsula, as well as robust demand for memory chips and petrochemical products, created a favorable business environment for foreign investors for this year.

The prospects for 2019, however, remain cloudy, it noted, due to continued trade disputes between the United States and China, falling oil prices and uncertainties surrounding Britain leaving the EU.