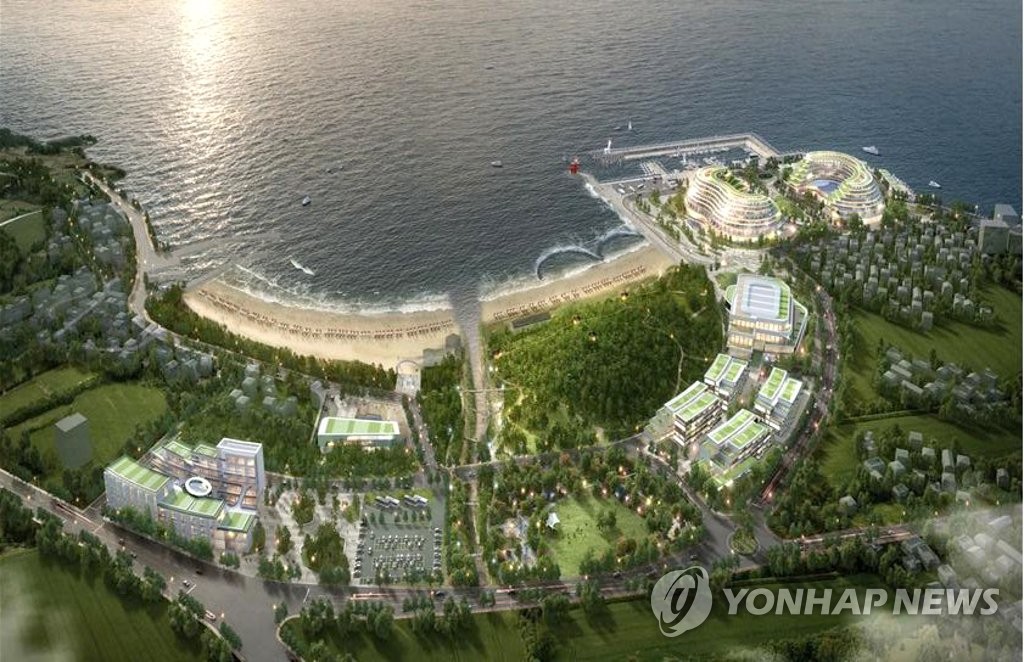 Jeju Benma Iho Land, a subsidiary of China's Benma Group, submitted a business plan that covers the construction of a hotel with 1,100 rooms, a condominium resort with 216 rooms, a convention center, marina facilities, an amusement park and plaza, and maritime multi cultural facilities near Iho beach.

The City Planning Commission set forth a condition, asking for recalculating the amount of water and sewage taking into account beach users and assuring the water and sewage pipeline. Also, it requested to present a contributed acceptance plan clearly on road and parking lot inside the planned site, and to extend green area inside the planned site by securing more river bridges and changing road pavement materials.

The Commission ordered a retrial during its review in October last year, requesting to prove the grounds for an increase of the number of rooms from previous 739 to 1,217.

The Commission also asked the developer to establish measures to preserve natural resources, like complementing water and sewage facilities in relation to the increased total area of building structure and preventing the loss of sand in white sand beach.

Regarding an increase in the number of rooms, the developer responded that an appropriate number of rooms is necessary to attract a global brand hotel chain. On the measures to prevent the loss of sand, it pledged to make efforts in cooperation with Jeju Province government and Iho-dong community center as long-term observation is to continue.

An official from the Province Government said "we will see whether this developer faithfully implements all the conditions required for various review process throughout the administrative procedures, and then grant a final permission".

Benma Group, a Chinese distributor, was founded in 2001. It has five subsidiaries including Jeju Benma Iho Land that is involved in capital and real estate investment and sales of steel and construction materials, and Heilongjiang Benma Industry Group Co., Ltd.