Pangyo valley near Seoul growing fast as the epicenter of startups and innovation
Date
2019.02.19
Views
473 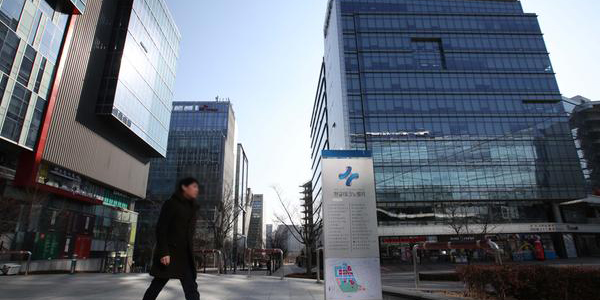 Pangyo Techno Valley, a tech cluster near Seoul, is building up to be a hotbed for venture startups and innovation activities by drawing in young talents and capital.

The cluster town formed in 2012 along the tollgate to Seoul from Bundang satellite city in Seongnam is home to more than 1,000 companies including gaming giants Nexon and NCsoft, chat platform operator Kakao, and biotech firms Medisoft and SK Chemicals.

The floating population of Pangyo Techno Valley was tallied at 128,276 as of October 2018, surging 43 percent over a year, data from the Seongnam Chamber of Commerce and Industry showed. Commuters arriving and leaving the Pangyo subway station averaged 25,731 in the first week of January, up more than 75 percent from five years ago, according to Korea Smart Card Corp., the transit card operator.

The tech village also has become the epicenter for young and foreign talents. Of 62,000 workers there, two-thirds are in their 20s and 30s. When the Ministry of SMEs and Startups hosted a program to fund 40 foreign startups there last year, it received 1,771 applicants from 108 countries. One Dutch applicant said Pangyo is an ideal place to start a manufacturing business as it offers various regulatory exemptions.

Speedy administration and robust financial services are also part of its appeal. Opening a business in Pangyo normally takes less than a week, and government assistance is readily available for those seeking funding or thinking about going global.

By Shin Hyun-kyu and Kim Hyo-jin