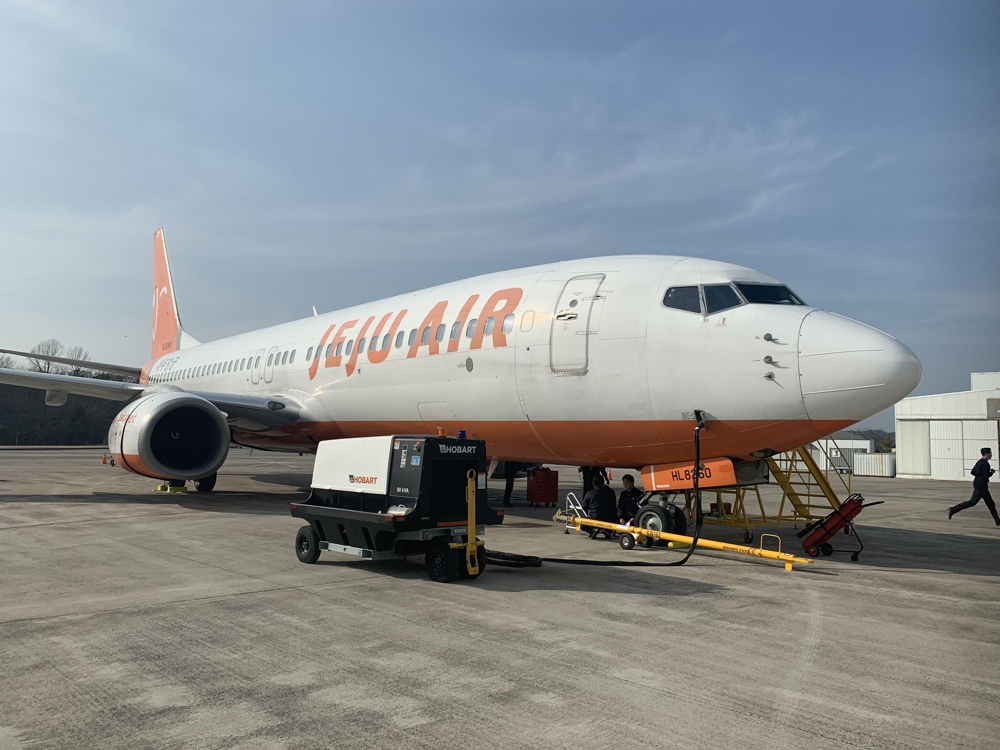 (SEOUL=Yonhap News) Korea Aerospace Industries Co. (KAI), the country's sole aircraft manufacturer, said Friday that the government has designated one of its units as the maintenance, repair and overhaul (MRO) service provider for budget carriers.

In Korea, there has been no dedicated maintenance service firm for passenger jets due to safety reasons.

"KAEMS plans to expand its customer base to mid and large-sized planes held by local airlines and then to planes operated by foreign flag carriers in the long term, though it has just begun the service on one jet," she said.

On Thursday, a B737 passenger jet flew to the MRO center of KAEMS in Sacheon, 440 kilometers southwest of Seoul, for regular inspection and maintenance, KAI said in a statement.

"To win deals from overseas airlines, KAEMS has to obtain approval from the Federal Aviation Administration in the United States. We expect the firm to receive approval in July," the spokeswoman said.