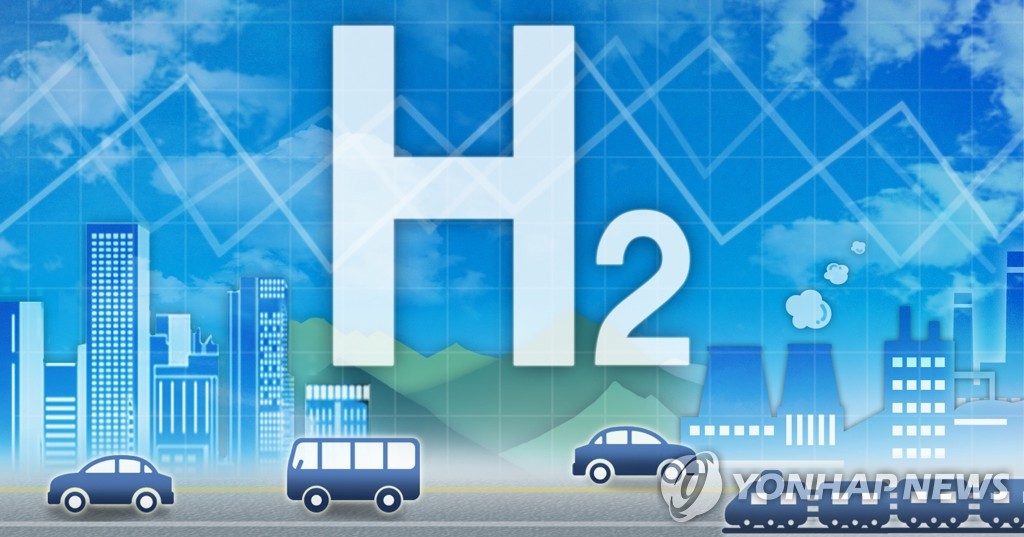 (SEOUL=Yonhap News) South Korea has begun crafting a road map to build a so-called hydrogen economy as part of a broader plan to increase the number of hydrogen-powered vehicles on its roads, the ICT ministry said Tuesday.

The Ministry of Science and ICT said a combined 100 officials from six ministries and other experts from the private sector will participate in the process of setting up a road map by the third quarter.

In January, the government announced its ambitious plan to increase the number of hydrogen fuel cell electric vehicles (FCEVs) in the country to 80,000 in less than four years.

The ICT ministry said the long-term road map to develop the core technology for FCEVs will be divided into five hydrogen economy issues -- production, storage, transportation, utilization and overall infrastructure of hydrogen.

South Korea is known to lack competitiveness in the production, storage and transport of the energy resource, officials said.

In 2018, about 2,000 hydrogen fuel cell electric vehicles were in operation in Asia's fourth-largest economy. The country is home to Hyundai Motor Co., the world's first mass-producer of FCEVs.