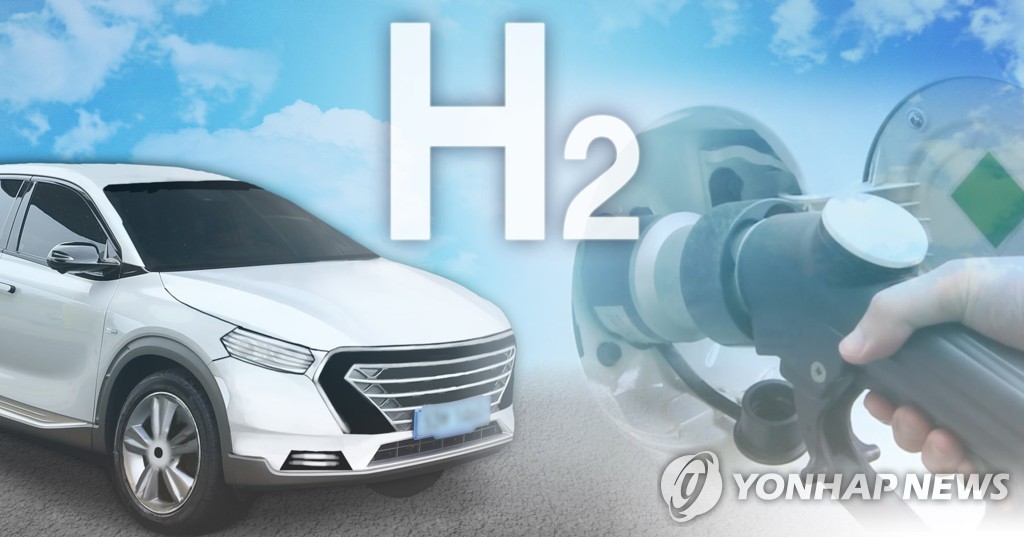 (SEOUL=Yonhap News) The South Korean government seeks to nurture the so-called hydrogen economy as one of the country's new growth engines in line with the government's policy of shifting toward emission-free energy resources, government officials said Monday.

The country's next-generation auto industry centers on the fuel cell electric vehicle (FCEV). An FCEV combines oxygen from the air with hydrogen stored in the automobile to generate power, making it an environmentally friendly alternative to conventional cars.

The move to foster the burgeoning sector received a boost from a plan unveiled in January focused on building a society that utilizes hydrogen as the main source of energy for power generation and other daily uses.

The hydrogen economy policy will create annual wealth of 43 trillion won (US$37.7 billion) by 2040, according to the Ministry of Trade, Industry and Energy.

The ministry said in January over 6 million hydrogen-powered vehicles will be produced by the same year, soaring from around 2,000 units produced through 2018.

Pundits, however, have said South Korean carmakers may still face hurdles in attaining FCEV leadership, as global rivals are speeding up efforts to expand their presence in the market.

China plans to have produced 1 million hydrogen-powered vehicles by 2030. Germany-based carmaker Volkswagen wants to have hydrogen fuel-cell cars account for up to 25 percent of its portfolio in the same timeframe.

Experts say South Korea needs to expand its related infrastructure, such as hydrogen charging stations, to pave the way for the industry.

While South Korea plans to install 520 charging stations throughout the country by 2030, the number lags behind Japan's anticipated goal of 900 stations and Germany's 1,000 charging points, according to data provided by the ministry.
colin@yna.co.kr