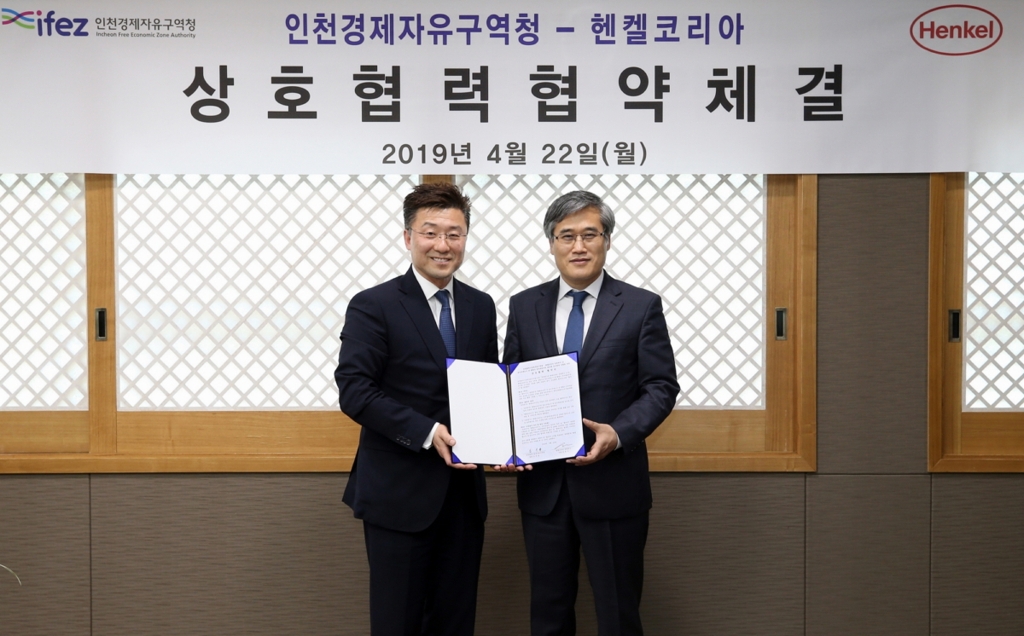 (SEOUL=Yonhap News) Henkel, a German chemical and consumer goods producer, said Tuesday it will invest 45 billion won (US$39 million) to build a new plant in South Korea to beef up its electronic materials business.

Henkel Korea, the South Korean unit of the German company, announced that the new plant will be built in Songdo International City of the Incheon Free Economic Zone (IFEZ). The company signed a memorandum of understanding with local authorities on Monday.

The company said its new production facility is Henkel's largest capital expenditure in South Korea since it first landed in the country in 1989.

Henkel Korea said the latest investment will establish a "global production hub" for its adhesive technology business and expand its presence in the electronic materials industry.

The facility will start operations from 2022, Henkel said.