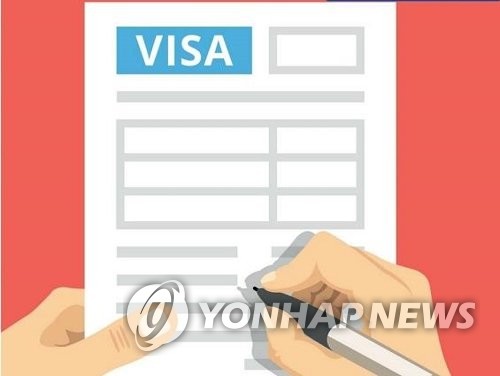 (SEOUL=Yonhap News) Foreign invested companies doing business in Korea are expected to bring foreigners as executives or mangers on board in a much easier way.

The Ministry of Justice announced that the revised company investment and startup visa system would be implemented starting on May 1 to boost foreign investment.

The MOJ would relax limitations on executives and managers of foreign invested companies depending on employment and taxation track records.

Foreign invested companies are allowed to receive one executive or manger for three Koreans they employed, for more than 6 months. Also, depending on domestic economic activities, they can additionally bring in one for annual tax payment of KRW 100 million, and one for annual revenues of KRW 1 billion. Up until now, one VISA for each KRW 100 million was allowed only based on investment amount.

The academic requirement for Business Startup VISA(D-10-2), issued for foreigners with technology capability, was also scrapped. The recommendation by Global Startup Immigration Center will suffice to issue visa for such talents, without the need to submit bachelor's degree.

The standard for Corporate Foreign Investor VISA (D-8) was also lowered: The required investment capital remitted from overseas used to be more than KRW 500 million, but changed to more than KRW 300 million. If a would-be entrepreneur succeed in attracting more than KRW 100 million funds from domestic or international investors, Technology and Business Startup D-8-4 VISA can be issued.

An official from the MOJ said "We expect these measures, aimed at improving conditions for attracting foreign investment and technology startup, contribute to creating jobs and revitalizing the domestic economy."