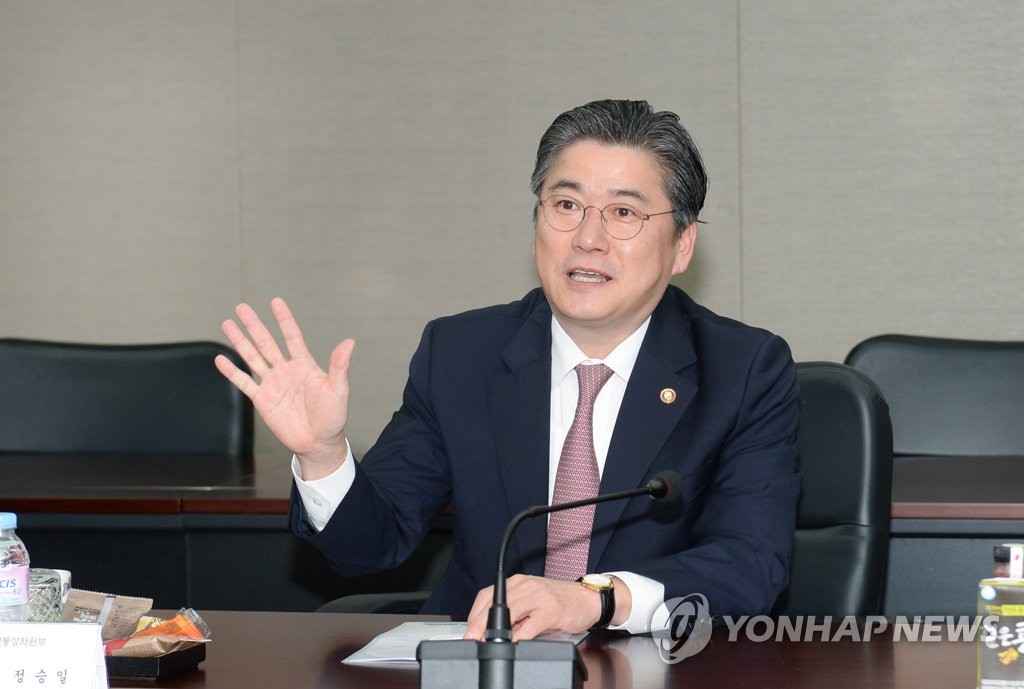 (SEOUL=Yonhap News) Korea and the UK will launch a co-funding R&D program worth GBP 4 million to strengthn bilateral cooperation on industry and energy.

According to the Ministry of Trade, Industry and Energy (MOTIE), its Vice Minister Cheong Seung-il had a series of meetings with the UK’s Parliamentary Under Secretary of State Andrew Stephenson and Permanent Secretary Alex Chisholm of the Department for Business, Energy and Industrial Strategy (BEIS) in London on May 15 (local time). The two sides agreed to closely cooperate in new future industries such as artificial intelligence, future cars, and biotechnology as a joint response to the Fourth Industrial Revolution.

UK will put in GBP 2 million (approx. KRW 3.1 billion), and Korea will inject KRW 3 billion into co-funding R&D program. Each project will receive up to KRW 500 million for two years maximum.

In later half of this year, they will hold a working-level committee and Korea-UK science and technology innovation partnership committee.

The officials also discussed ways to expand energy cooperation, especially in the hydrogen economy and renewables.

Vice Minister Cheong said that "The hydrogen industries of Korea and the UK share similarities and can be complementary to each other," adding that "considering that the hydrogen economy can promote clean energies and innovation-led growth, we need to actively cooperate on hydrogen vehicles, hydrogen stations, and water electrolysis technology."

He also suggested that "As the two countries push for renewable energy policies to expand clean energy resources such as wind power and solar power, and considering the UK's strength in offshore wind power, we need to practically cooperate by various ways, such as councils between specialized institutes and workshops of relevant companies."

The officials agreed on the need to open up a high-level consultation channel between Korea's MOTIE and UK's BEIS, and will have follow-up discussions.

Vice Minister Cheong met with Korean companies entered the UK market, and checked on how they have been preparing for Brexit, listening to their voices.