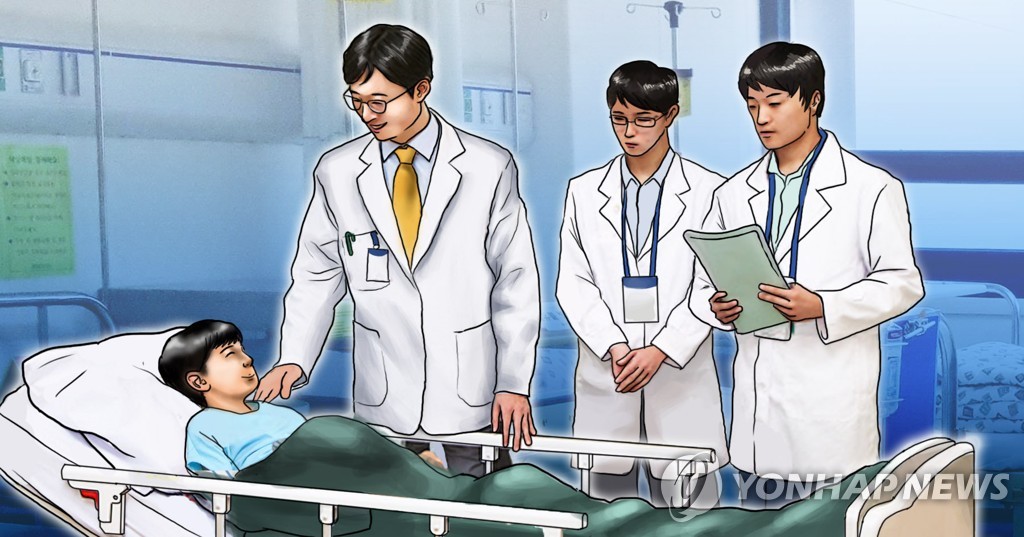 (SEOUL=Yonhap News) In its quest for new growth engines for Asia's fourth-largest economy, South Korea charted out a set of measures to foster the biohealth industry by utilizing its prowess in information and communication technology with the goal of becoming a global powerhouse in the sector by 2030.

"The biohealth industry will not only lead to economic growth and the creation of new jobs, but also lead to an improvement in public healthcare," the government said in a statement. "Our goal is to establish an ecosystem that covers all phases of the biohealth industry from research, approval, production, to release."

Under the plan, the government will spend a whopping 4 trillion won (US$3.34 billion) by 2025 to promote the development of high-end pharmaceutical products and medical instruments. The earmarked budget marks a sharp rise from the yearly budget of 2.6 trillion won in 2017.

The massive support measures will help South Korea develop knowledge and technologies for next-generation treatments, such as targeted therapy for certain types of cancer with minimal side-effects on patients, the government said.

Big data solutions will be also used to boost the biohealth sector, and the government aims to collect information of around 20,000 patients through 2021 with the goal of expanding the figure to one million by 2029.

The move comes as a database of patient information, including on genes, can help in finding a cure, especially for those suffering from genetic disorders, by utilizing and comparing the large-scale samples.

Big data, referring to the process of using large amounts of information, allows businesses to find market trends by analyzing consumer patterns, but it can also be applied in academic fields to study deeper into data.

"We plan to triple our market share in the global market, and create 300,000 new jobs through such efforts," the government added, claiming the goal can be achieved considering South Korea's strong foothold in the ICT segment along with strong medical infrastructure, such as hospitals and professionals.

Should the measures be implemented as planned, South Korea's share in the global market for pharmaceuticals and medical instrument, which came to 1.8 percent in 2018, will increase to 6 percent in 2030, it said.

Other support measures include providing biohealth firms with tax incentives, and revising local regulations in line with global standards, such as reducing the time needed to win approval for drugs and medical instruments.

The government also hopes that the biohealth industry can help South Korea cope with soaring demand for medical services amid the aging population. South Korea became an "aged society" in 2017, with the portion of people aged 65 or older hitting 14 percent of its 50 million population.