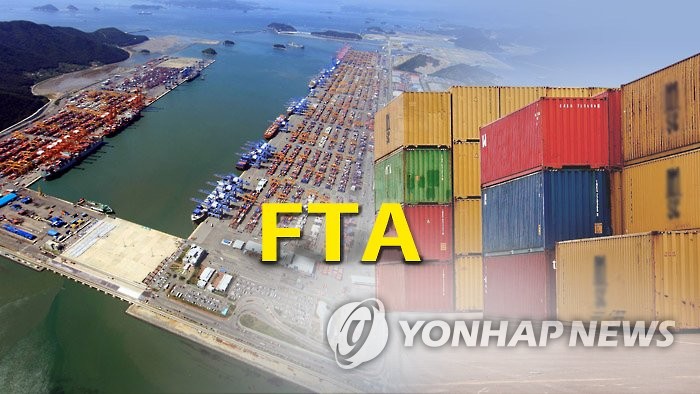 (SEOUL=Yonhap News) South Korea officially announced the start of free trade agreement (FTA) negotiations with the Philippines on Monday as part of efforts to strengthen economic ties with the Southeast Asian country.

During a meeting here, Trade Minister Yoo Myung-hee and her Philippine counterpart Ramon Lopez set the goal of completing the free trade negotiations by November this year, in tune with South Korea's summit with the Association of Southeast Asian Nations (ASEAN) countries here.

"By removing tariffs and non-tariff barriers, the FTA will also further promote the economic cooperation between the two countries," Yoo said.

Aside from its FTA with ASEAN, Seoul has been seeking to sign separate deals with individual members for more detailed and customized trade terms.

South Korea already clinched FTAs with Vietnam and Singapore, and is currently FTA talks with Malaysia and Indonesia as well. If all talks under way are successful, South Korea will have FTA deals with all of its top five trading partners in Southeast Asia.