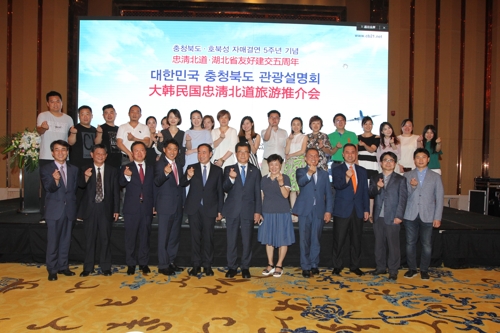 Chungbuk delegation led by its governor Lee Si-jong visited Wuhan city in Hubei Province and Shenzhen city in Guangdong Province on June 4-5 to have export consultation and a session to promote Chungbuk's tourism industry.

During this visit, the Chungbuk-do held a MOU signing ceremony with Shenzhen Jie Wei Industrial Equipment.

The company was founded in 2011, and became No. 1 in the Chinese market in lithium battery automatic raw materials input system, with 75% market share.

The delegation also had the ceremony celebrating the 5th anniversary of sister city relationship with Hubei Province.