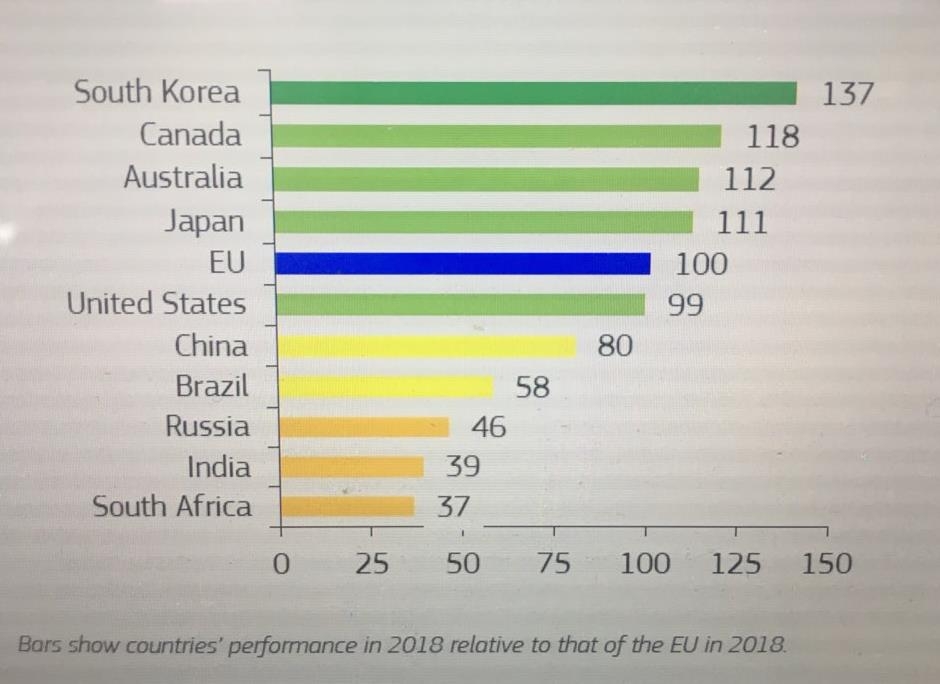 South Korea scored 137 points in global performance in relation to the European Union in the European Innovation Scoreboard that provides a comparative assessment of the research and innovation performance of the 28 EU member states and 18 select countries, according to the Ministry of Economy and Finance.

"South Korea is the most innovative country performing almost 37 percent above the performance score of the EU in 2018," the European Innovation Scoreboard said.

"Based on its relative-to-the-EU performance in 2018, South Korea is the innovation leader, while Canada, Australia, Japan and the United States are strong innovators," it said.

Canada came in second with 118 points, followed by Australia with 112 and Japan with 111. Innovation performance was compared with the aggregate of the EU as the economic and population size of most global competitors outweigh that of many of the individual EU member states.

South Korea has been seeking to boost artificial intelligence, the hydrogen economy and other innovative sectors as new growth engines amid slowing exports and investment.

Other segments that the government is focusing on include big data, fifth-generation network services, smart factories and bio-health.