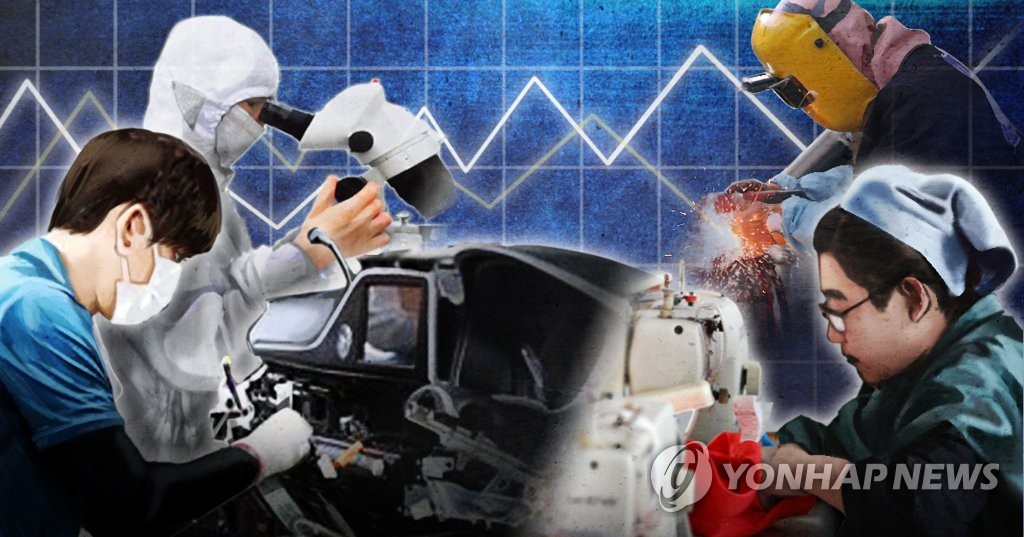 Under the plan, the government will work to add 30,000 smart factories for small and medium-sized firms by 2022, along with 20 smart industrial zones, according to the Ministry of Trade, Industry and Energy.

Around 2,000 factories running on artificial intelligence technology will be also built by 2030, it added.

To foster new growth engines in the manufacturing industry, the country plans to invest 8.4 trillion won (US$7.13 billion) on the three major new growth engines -- non-memory chips, next-generation automobiles and biotechnology products -- up to 2030.

"We need to pursue an uncharted path in the manufacturing segment instead of following others," industry minister Sung Yun-mo said. The minister said the country could become the world's fourth-largest trader in the future. Its outbound shipments came to $605.5 billion in 2018, making it No. 6 in the world.

The plans came as manufacturing, a major pillar of the country's economy, faces a slump and rising competition from China and other countries. The sector accounted for 30 percent of the country's gross domestic product in 2017.

Companies, including foreign firms that invest locally instead of going overseas, will be provided with hefty incentives. Details of the incentives will be announced in the near future, according to the ministry.

South Korea will beef up its infrastructure for big data, artificial intelligence and the fifth-generation network to foster the growth of smart factories.

To promote convergence between the manufacturing and service industries -- creating innovations like caretaker robots or smart appliances -- the government will also ease related regulations to help companies promptly release such products in the market.

The government will additionally raise a fund of 5 trillion won to help companies restructure and innovate, the ministry said.