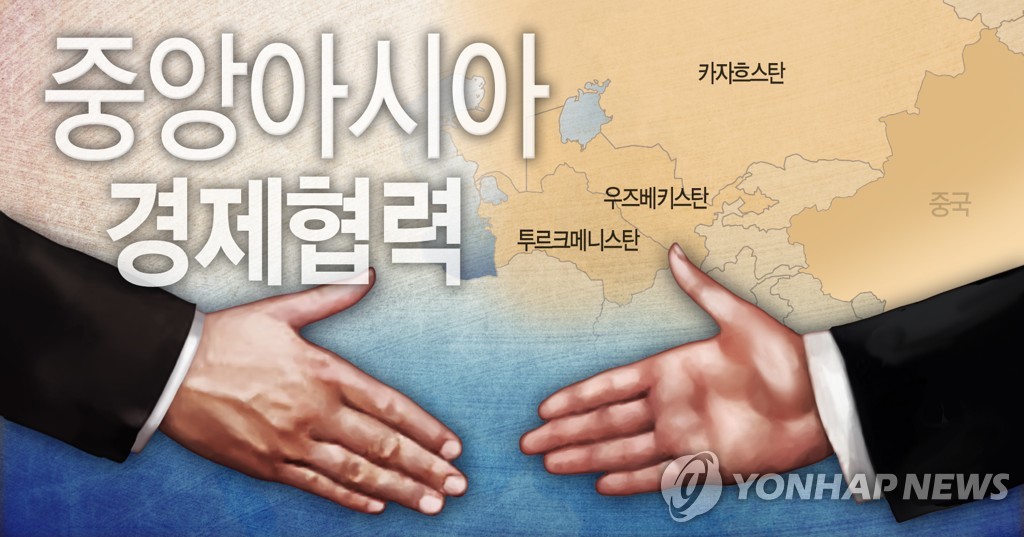 The announcement came after President Moon Jae-in visited Uzbekistan, Kazakhstan, and Turkmenistan in April, where he vowed to push for deeper economic ties with such countries in various fields including energy, health care and manufacturing.

The ministry said the country will attempt to more than double trade with the three countries to US$10 billion in 2023, from $4.3 billion in 2018.

"The three nations have a strong willingness to cooperate with South Korea, and their economy has been growing rapidly," Industry Minister Sung Yun-mo said.

The South Korean government has been rolling out its New Southern Policy and New Northern Policy, which center on boosting economic and diplomatic ties with countries in Central and Southeast Asia.

South Korea will also build the basis to work closely with its partner countries in the fields of health care, pharmaceuticals and information and communication technology, according to the ministry.

To speed up the cooperation, Seoul will carry out a joint feasibility study on a free trade deal with Uzbekistan in the second half of 2019 and roll out policy guidelines for deeper economic cooperation with Kazakhstan and Turkmenistan as well, according to the ministry.