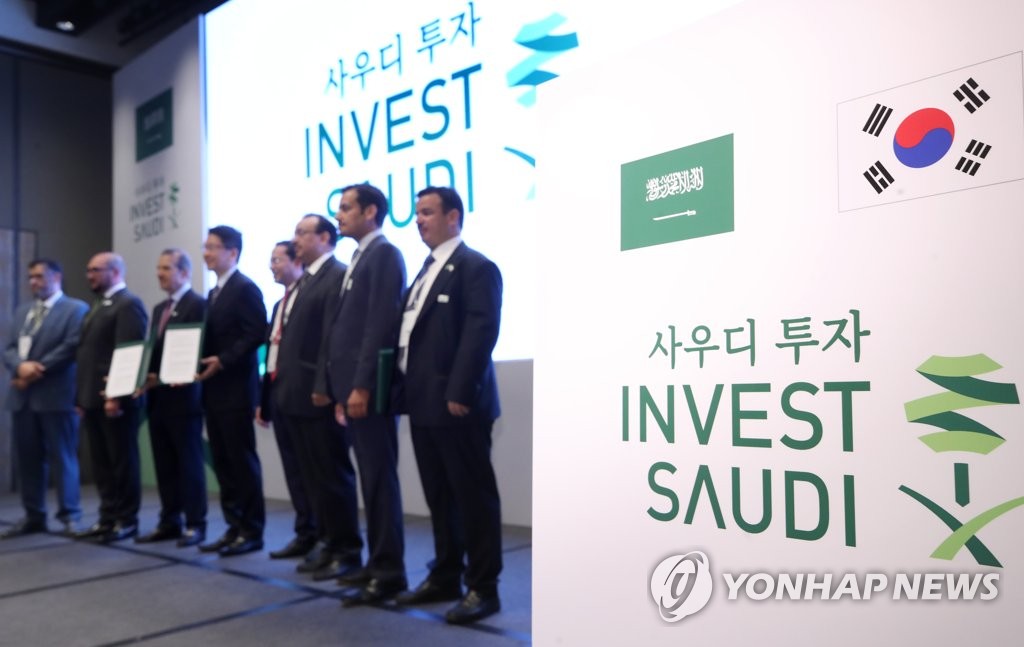 (SEOUL=Yonhap News) Saudi Arabia wants to forge deeper economic ties with South Korea under its ambitious project to cut its reliance on the traditionally cherished energy sector, while planning to open an office for economic cooperation projects in Seoul next year, the Middle Eastern country's investment authority said Wednesday.

Saudi Arabia earlier launched its Vision 2030 project, which centers on diversifying its economic portfolio, gradually breaking away from its heavy dependence on the energy segment.

"The government of Saudi Arabia plans to open a vision realization office by the end of the first quarter of 2020," said Deputy Governor Sultan Mofti of the Saudi Arabian General Investment Authority (SAGIA) during a convention, expressing hopes of expanding bilateral cooperation.

"The vision realization office will be tasked (with) receiving proposals from new initiatives and discovering new opportunities," he added, claiming the new body will maintain close ties with related organizations from both countries, including the Korea Trade-Investment Promotion Agency.

The size of the vision realization office has not yet been decided.

The partnership with South Korea has 40 projects currently under way and is divided into five major segments, namely "Energy and Manufacturing," "Smart Infrastructure and Digitization," "Capacity Building," "Healthcare and Life Sciences," and "Small-Medium Enterprises and Investments."

"We cannot achieve (the) goals of the Vision 2030 by working alone. Just as South Korea contributed to Saudi's economic development back in (the) 1970s and 80s, we are more determined today to continue to build on the solid foundation and rich history that both countries have," he said.

At the convention, South Korean firms and organizations and their Saudi Arabian counterparts clinched 15 different memorandums of understanding (MOUs) for cooperation in different fields, including finance, petrochemicals and renewable energy.

South Korea's industry ministry said the combined value of MOUs signed between the two countries on the occasion of Crown Prince Mohammed bin Salman of Saudi Arabia's visit to Seoul is estimated at US$8.3 billion, including the one clinched by S-Oil and Saudi Aramco early this week.

"The MOUs will pave the way for South Korean firms to penetrate deeper into resource-rich Saudi Arabia," SAGIA said in a statement.

The combined value of trade between the two countries was estimated at US$30.2 billion in 2018, making Saudi Arabia the eighth-largest trading partner for South Korea.

South Korea mainly ships automobiles, marine components and steel to the Middle Eastern country, while importing crude and various petrochemical products from it.

South Korea's industry ministry said it has also agreed with its Saudi Arabian counterpart to join deeper ties in the automobile segment, in particular for the development of environment-friendly cars.

The two countries will collaborate in developing technologies to utilize hydrogen as an alternative to traditional fossil fuels as well, according to Seoul's industry ministry.