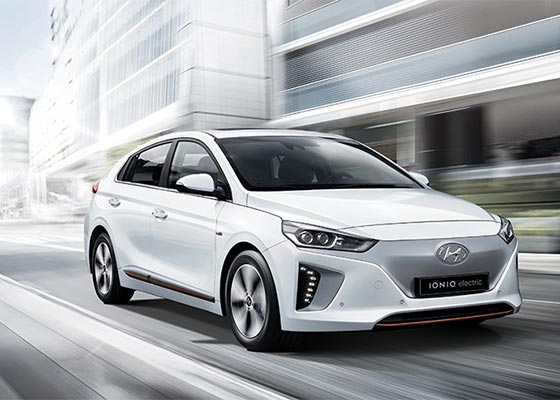 South Korea’s exports of eco-friendly cars gained an average 33 percent per annum over the past six years despite overall sluggishness of Korean brands, a local report showed on Tuesday.

According to the Korea Automobile Manufacturers Association, Korea’s outbound shipments of green cars rose 33.1 percent on year from 2012 to 2018, whereas exports of all vehicles fell 4.2 percent over the cited period.

Korea shipped total 196,000 units of eco-friendly cars abroad last year, surging from 35,000 units in 2012 and taking up 8 percent of all auto exports. The volume further added 28.5 percent in the first four months this year to take up a 9.3 percent share.

Shipments to the European Union accounted for the largest 45.7 percent last year, and the U.S. was the largest export destination as a single nation, KAMA said.

The rapid growth in exports largely owed to expanded vehicle lineups, according to industry experts. As of last year, local carmakers supplied a total of 14 models to overseas including hybrid cars, all-electric vehicles, hydrogen powered versions and plug-in hybrids.

Hybrid cars like plug-in EVs made up the bulk 80.3 percent, followed by electric cars including fuel-cell EVs the rest.

Korean brands also have proved their competitive edge in designing and manufacturing electric vehicles in the global market. Hyundai Motor’s Ioniq Electric, for example, was picked as the most fuel-efficient car in the U.S by the Environmental Protection Agency (EPA) last year, beating its rivaling models built by leading global brands for the third year since its release in 2017.

Orders also are rising following the launch of government subsidy in major markets. The U.S. offers up to $7,500 in federal tax credit on new electric cars purchased for use in the country, and Israel charges much lower purchase tax on hybrid cars.

KAMA urged bolder fiscal actions to stimulate corporate investment for further expansion in the country’s auto exports. Eco-friendly cars are expected to take up almost half of all global sales by 2030, according to global market research firm IHS Markit.

By Lee Jong-hyuk and Lee Ha-yeon