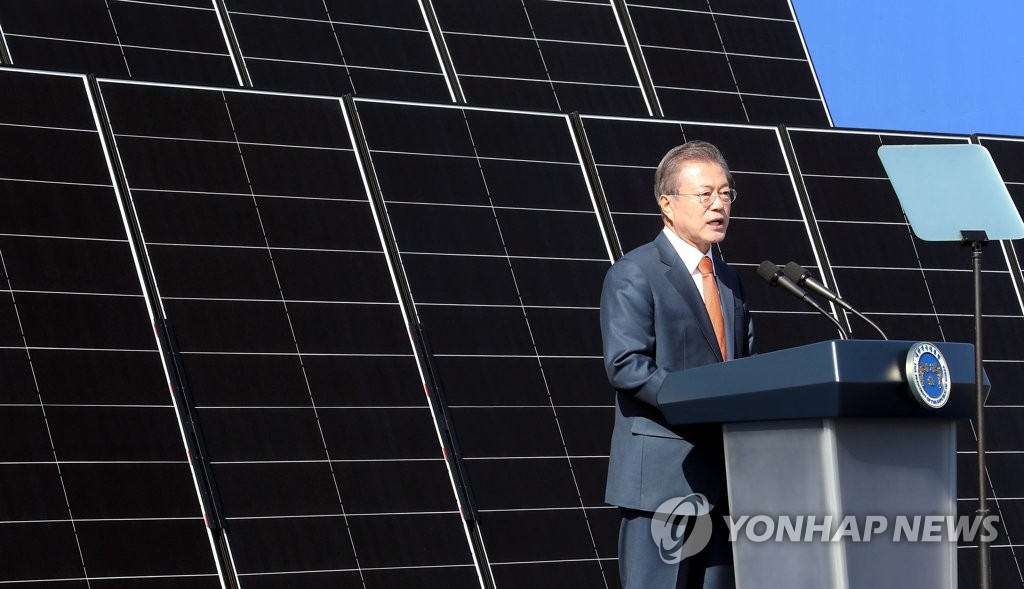 (SEOUL=Yonhap News) South Korea will build the world's largest floating solar farm in a fresh water lake next to Saemangeum, a reclaimed area on the west coast, the government said Thursday.

The Ministry of Trade, Industry and Energy said the project to build a 2.1 gigawatt (GW) solar farm on the lake that spans 30 square kilometers was approved in an electricity committee meeting, with the project estimated to cost 4.6 trillion won (US$3.9 billion).

Work on the solar farm is expected to start in the latter half of 2020 following regulatory review processes, the ministry said.

If the facility is built as planned, it would be 14 times the size of the world's largest floating solar farm in China's Huainan and 1.6 times of the combined capacity of the global floating solar facilities for all of last year, the ministry said.

The roadmap calls for adding 30.8 GW of solar and 16.5 GW of wind power to have a total renewable capacity of 63.8 GW by 2030, which would require vast spaces across the nation.