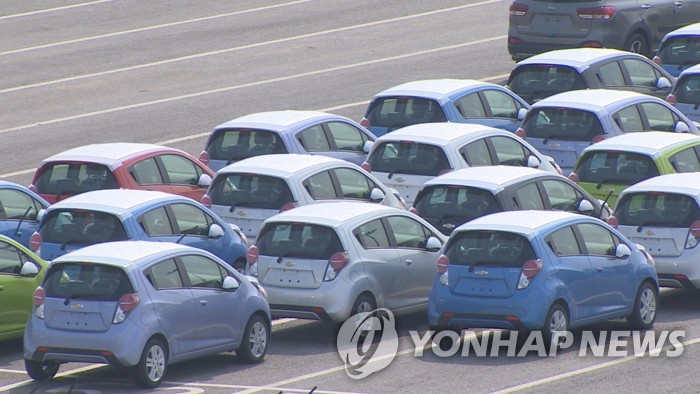 (SEOUL=Yonhap News) South Korean-made passenger car exports rose 6.1 percent in the first half of 2019 from a year earlier on the back of strong demand from the North American market, data showed Thursday.

Local carmakers shipped passenger cars with a combined value of US$19.8 billion during the January-June period, compared with $18.7 billion a year earlier, according to the data compiled by the Korea Customs Service (KCS).

The number of units moved up 2.1 percent to reach 1.26 million, the data also showed.

The U.S. was the largest market for South Korean passenger cars, accounting for 39 percent of South Korea's total car exports in the first half, followed by Canada and Russia with 7.3 percent and 6.4 percent, respectively.

The customs data also showed that exports of eco-friendly cars reached $2.59 billion in the first half, soaring 39.6 percent on-year.

The average export price of cars reached $15,704 in the April-June period, rising 4.9 percent from a year earlier, the data showed.