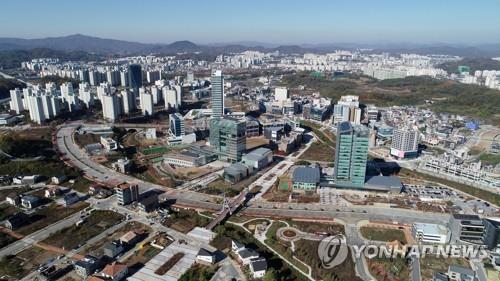 (SEJONG=Yonhap News) On August 7, the Ministry of Land, Infrastructure and Transport (MOLIT) said that 17 companies moved from capital areas to innovation cities in the first half of this year, adding up to more than 1,000 companies relocated in innovation cities.

There are ten innovation cities in Metropolitan Cities and Provinces nationwide, which are future-oriented cities equipped with high-level of housing, education, and cultural environment where public institutions, companies, research centers, and universities cooperate.

According to the MOLIT, there are 1,017 companies in innovation cities as of the first half of this year, up 46.8 percent from the end of last year (693 companies).

A source from the MOLIT said, " As development of region's specialty industry is crucial to the success of innovation city, we will actively support designation of special district and various public competition projects."